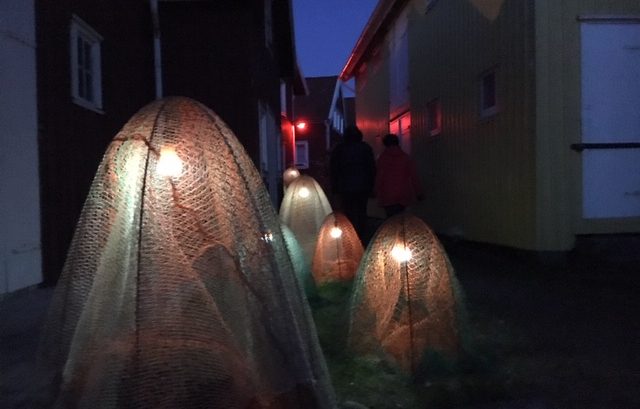 The Ljubljana’s light festival, this year in its fourteenth edition, is moving from its usual time slot deeper into summer. The uncertain situation caused by the infamous virus doesn’t only have timing consequences but organizational and substantive ones as well. But a limited international program and a lack of assurances that everything will go according to the plan is not going to stop us. Staging such a demanding festival is surely a unique feat by itself and we hope that as many visitors as possible will come to see it this year as well – and of course respect social distancing and valid safety measures.

This year’s theme is tied to nature and its mighty forces so we called it the Five Elements. The concept namely relies on the ancient tradition of four basic elements (water, air, earth and fire) that are joined by a fifth one. The ancient Greek philosopher Aristotle called the latter ‘aether’ while in an even more ancient Indian cosmological tradition it is known as ‘Akasha’. It is definitely a spiritual element, a proto-force from which four others are born; and we’ve let the exhibiting artists define it by themselves. This is how, in addition to many other interpretations of the classical quadruple, some projects were realized that establish the fifth element as light or as information or even as life itself, as that element which transcends the material but is still firmly tied to it at the same time. Of course, given the situation at hand, the artists couldn’t avoid current topics too: some projects also thematize the shifting coordinates of everyday life which is threatened by the virus.

During the festival, Ljubljana once again turns into a city of light. The focal point is once more the Vžigalica gallery: there will be many open-air projects in its immediate vicinity. Light installation, projections and objects – mostly new productions by Slovenian artists – stretch this time all the way to The Three Bridges, to Kongresni to and City square, to Stara Elektrarna and to the Alkatraz gallery. A series of workshops for university students titled Lighting Guerrilla Laboratory, led by established artists, has been taking place throughout the last year: their fresh new works will also be presented at the festival.

The festival is defiant, it is adapting to the circumstances in a guerrilla-like fashion and of course still preserves its fundamental mission which seems even more valuable now in these uncertain times that are unfavourable to culture: to highlight the role of art in shaping the public space and thus also a freer and public discourse, thereby improving the quality and the diversity of urban life.