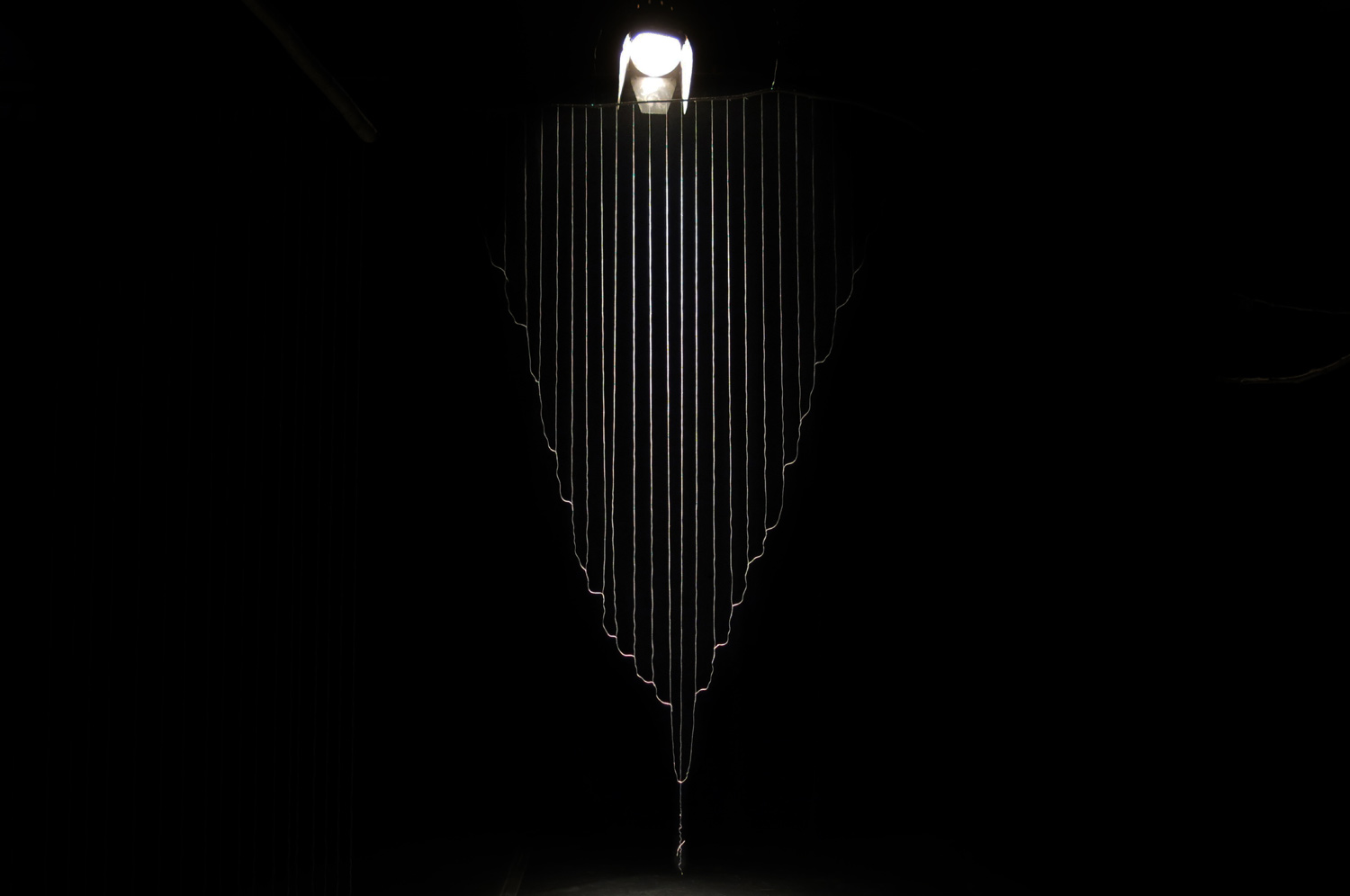 Burn Time is a show for up to 16 bodies where choreography evolves from the movement of the burning threads. Hundreds of them are hanging from the scaffolding, creating thus a dense structure. The simultaneous burning of several cotton threads in darkness appears like glowing of many red dots and has a hypnotic effect_ the colourful points of burning establish a magical and timeless space for subjective and inner projections. In parallel with this, choreographic questions arise: what kind of choreography can be created from the relation between the mechanics and dynamics of an individual move? How does the body react to this consciously performed move and to the mood it sets? What about the audience? Silence of space, slow ascension of the »light dots« – resembling the hovering of the fireflies – and the gentle moves of the dancers that seem to slow down the tempo and thus affect the behaviour of the audience. Ten volunteers that pass the audition will attend a four-day workshop mentored by the creator of the performance and will take place in the performance as well.

André Uerba (Lisbon, 1983) creates both participatory and solo performances on the intersection between performative and visual arts. He’s been living in Berlin since 2013 where he’s completed his two-year Masters studies of art at the »Solo/Dance/Authorship« course at the University of Arts (UdK/HZT). Before that he’s studied graphic design at the High School of Arts and Advanced Photography in Ar.Co (Centre of Arts and Visual Communications) in Lisbon, where he also received a scholarship in 2010.

Burn Time was made possible with the support of the Kulturverwaltung des Berliner Senats (Einstiegsförderung).