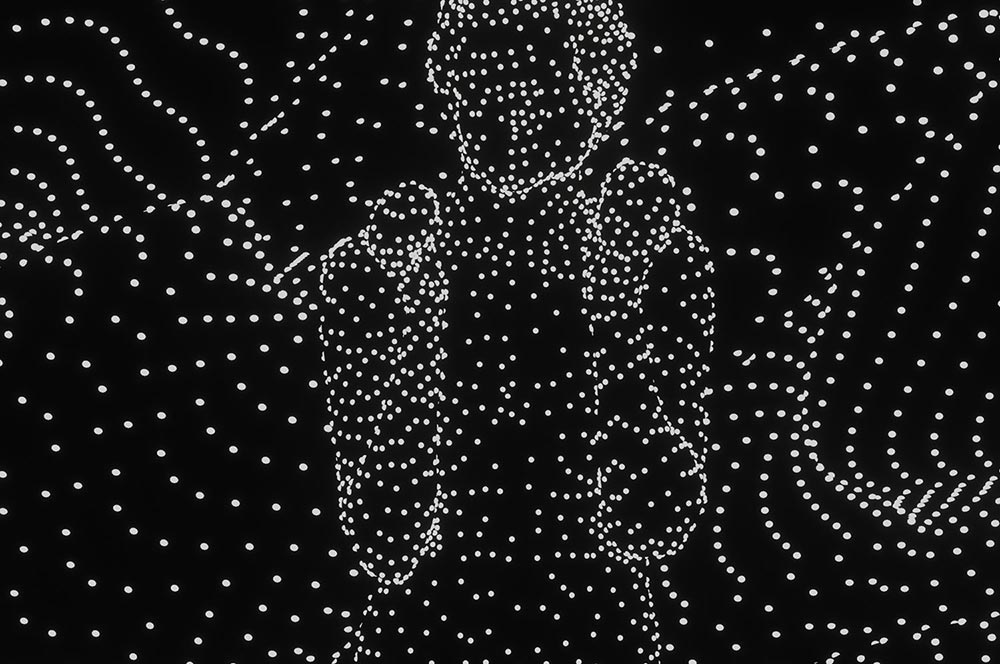 Quintessence is an audio-visual performance that combines the intermedia practice of Boštjan Čadež with the performative body of Tatiana Kocmur. The body of the performer is covered with LED lights that respond to her movement: her moves are captured by the sensors as picture and sound. Her choreography thus creates an animated image that is supported by a video projection.
Quintessence discusses possible ways of embodying in a world of technological progress.
Quintessence offers a posthuman experience of connectedness, unity and belonging to the cosmos.
Quintessence is a hybrid of machine and organism, a being of social reality and fiction.
Quintessence is the contemporary spirit of coexistence and unification of nature, man and machine.
Quintessence is the fifth element. /B. Čadež & T. Kocmur/

BOŠTJAN ČADEŽ (Ljubljana, 1979) studied industrial design at the Academy of Fine Arts and Design in Ljubljana. As an intermedia artist, recently he has focused mainly on performances or installations in the fields of computer aided, real-time generated and generative graphics and robotics. He’s received several prestigious awards for his design and software innovations. In the past he was also active in the graffiti, street-art and VJ scenes. In 2013, he received the Golden Bird Award in the intermedia art category. TATIANA KOCMUR (1992) graduated in 2015 from the Academy of Fine Arts in Ljubljana, where’s she now also completing her master’s in painting. Since 2013 she has regularly presented her works at different exhibitions and venues in Slovenia, Skopje, Milan and Berlin. Recently she’s shifted her interest to performative practices with which she often includes a reflection on the production conditions in contemporary art.