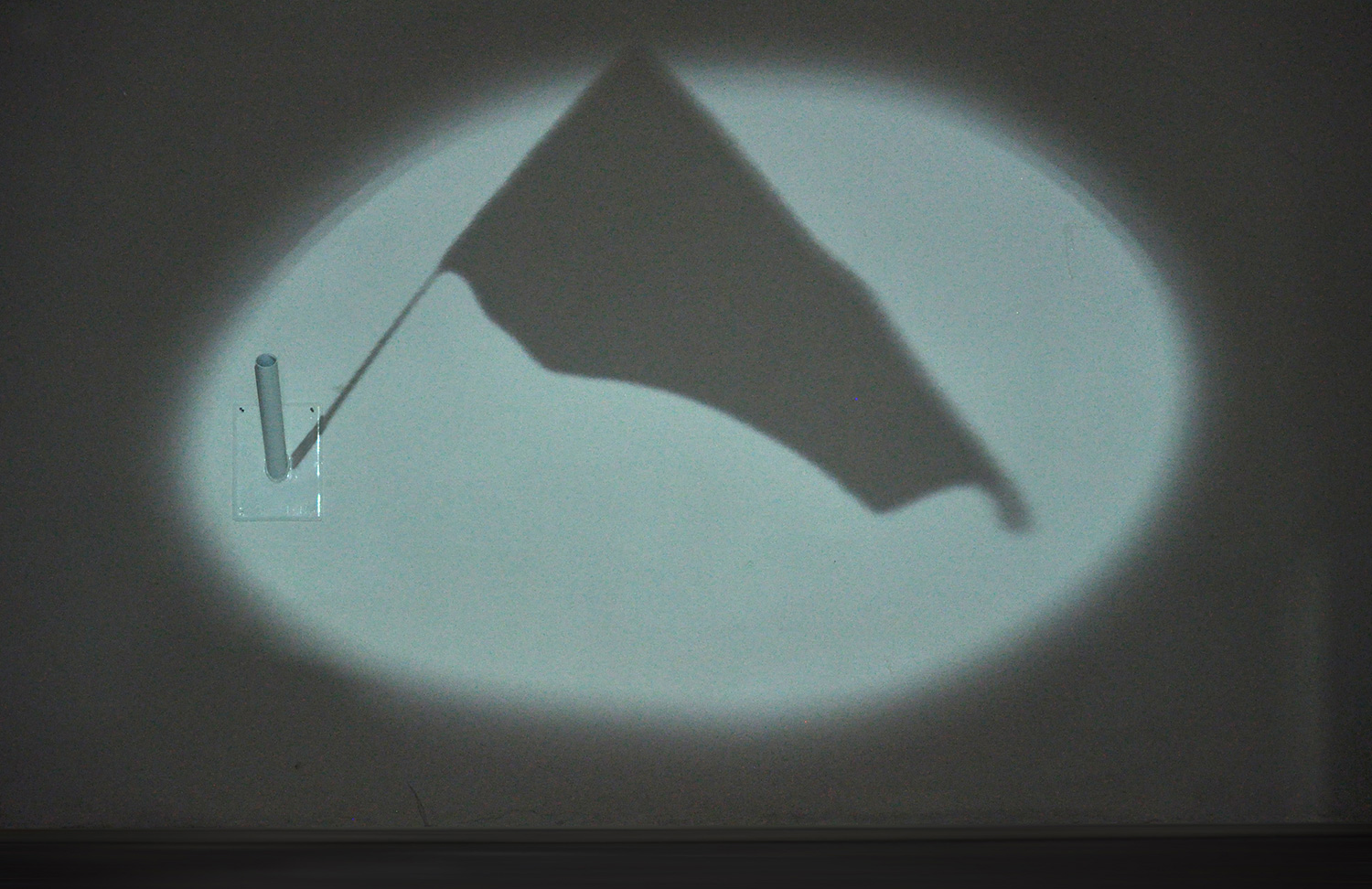 The artist was inspired to make this piece when – at some point in time – he got the impression certain political groups in his country felt increasingly entitled to claim as their own the one, most significant national symbol that should unite all the people. So this is the story of The Flag, manifested from the artist’s vision as a flock of gray shadows swaying along an empty pole. The work plays with the viewer’s perception because the only “raw material” in this installation is light, used to conjure up something that actually doesn’t exist: this flag, seemingly swaying in the wind, is nothing more than a colorless shadow of itself and as such doesn’t represent anything anymore. On one hand, the project questions the –  often arbitrarily – chosen national colors and their symbolism, and on the other it symbolizes how fragile any geopolitical situation really is.

Erik Mátrai (1977, Miskolc, Hungary) graduated in 2004 in painting at the Hungarian University of Fine Arts in Budapest where he also completed his post-graduate doctoral studies. He often relies on the medium of light in his creations, focusing on audio-visual layouts, but he’s also interested in the world of high technology and the digital. He received several prestigious awards, grants and residences, realizing thus a big number of individual exhibitions in several European countries. He lives and works in Budapest.

Co-produced: Theatre Glej
Thanks: the residents of the building at Gregorčičeva ul. 3, Ljubljana