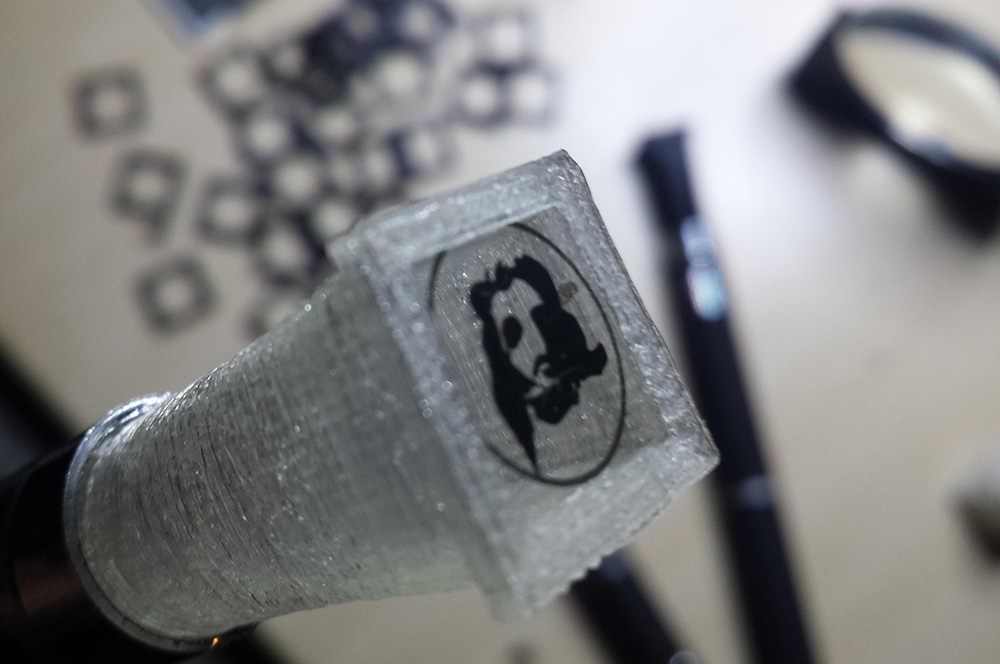 This presentation represents the final stage of the workshop with the students of the SŠOF in Ljubljana, held by the mentors Dominik Mahnič and Uroš Acman. The students, future photographers, have made photographic templates that thematize their intimate worlds and memories under the mentorship by Acman. These templates have been adapted to the format of small lasers and »logo projectors«, small and modestly priced projection devices, optically and technically enhanced by Mahnič, and then installed on the facade of the school building. During the opening (and also during two later iterations) there will be an organized stroll of the surroundings with the adapted lasers that enable playful light interventions into the urban space thanks to their mobility and ease of use.

mentors: DOMINIK MAHNIČ (1981) graduated in painting and video in 2008 at the ALUO in Ljubljana, while in 2013 he’s finished his postgraduate studies of video at the same institution. He’s the founder of the Association of city hunters, a guide to the Karst underworld, landscape painter and designer of micro-robots and other devices. UROŠ ACMAN (1982, Slovenj Gradec) has graduated at SŠOF in 2001 and later also the study of photography at the FAMU in Prague. He’s started his postgraduate studies of photography in 2008 at the Ecole cantonale d’art in Lausanne, and then, between 2008 and 2010, studied theory and philosophy of visual culture at the Faculty of humanities in Koper. At the moment he works as the professor of photography at the SŠOF in Ljubljana.