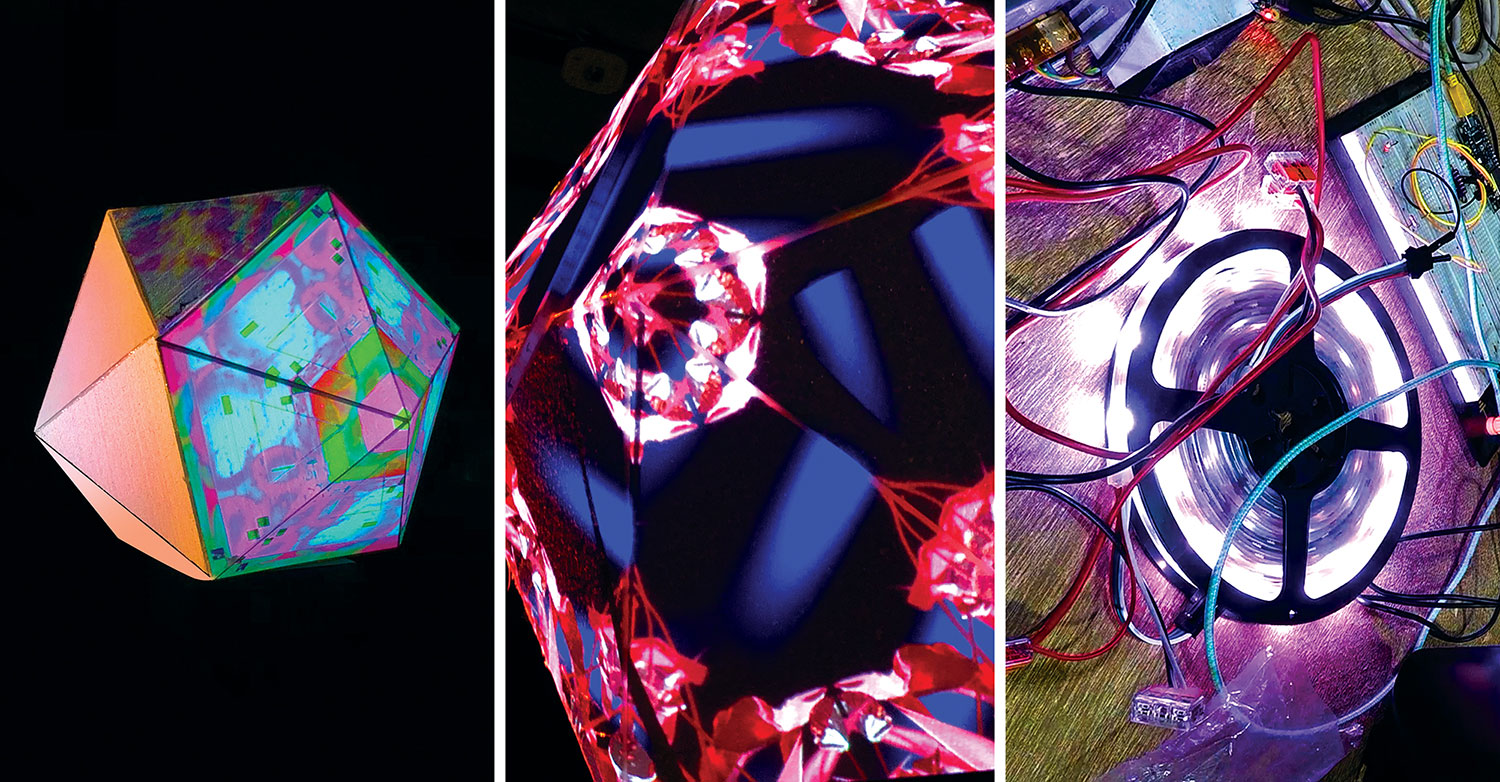 The Lighting Guerrilla Laboratory is an integral part of the festival with its regular annual program dedicated to the practical education of artists in the field of new technologies. With this kind of continuous work we enable the development of new knowledge and practices but above all we exchange practical experiences between artists and experts in modern technologies.

This year’s workshop, led by Stella Ivšek & Anja Romih (Beam Team) and Aleš Zupanc, is dedicated to the production of an interactive audio-visual installation. The participants have already built the main object and also created the video-mapping which will be projected onto the object. Special attention was paid to the inclusion and programming of light objects and to the creation of a special analogue interface that allows the manipulation of these lights. The attendees of the workshop have thus become familiar with the spatial demands to create site-specific artworks, with the interaction between light and projection, with programming lights and with creating moving images live. Selected works that are going to be created at the workshop will be presented as audio-visual structures in one of the atriums in the historical part of the city.

The final setup summarizes the shape and symbolism of Plato’s five bodies that represent the five elements. The central object is an icosahedron, onto the sides of which participants are going to project a set of original video content and audio-reactive patterns from three different angles, all made with the MadMapper software, the use of which they will learn at the workshop. The end result will be of an interactive nature as the final appearance of the project is influenced both by audio structures and by viewers who are able to manipulate the lights by touching the designated sensors.

BEAM TEAM (5237 – Stella Ivšek and SMECH – Anja Romih) are multimedia artists involved in sound visualization, video animation and video editing. Apart from that, they’ve been working as VJs for several years at many different musical and artistic festivals and club events such as the festivals Ment, Fotopub, Sonica, Grounded, Zvončki in trobentice, od:vod and DNBK. They curate within the osmo/za framework the “V2V”, monthly meetings of creators of video art, installations and visualizations to establish conditions for more intensive and lasting cooperation, development and integration of the local creative community. ALEŠ ZUPANC is an electronic device developer and programmer. He fell in love with electronics quite early, in elementary school when he attended several regional and national competitions, while later his fascination with the field only kept on growing. He worked for Dewesoft and Solvera Lynx while now he’s employed as a firmware developer at the PoLabs.

The project is part of the EASTN-DC Network, which is co-funded by the Creative Europe programme of the European Union.