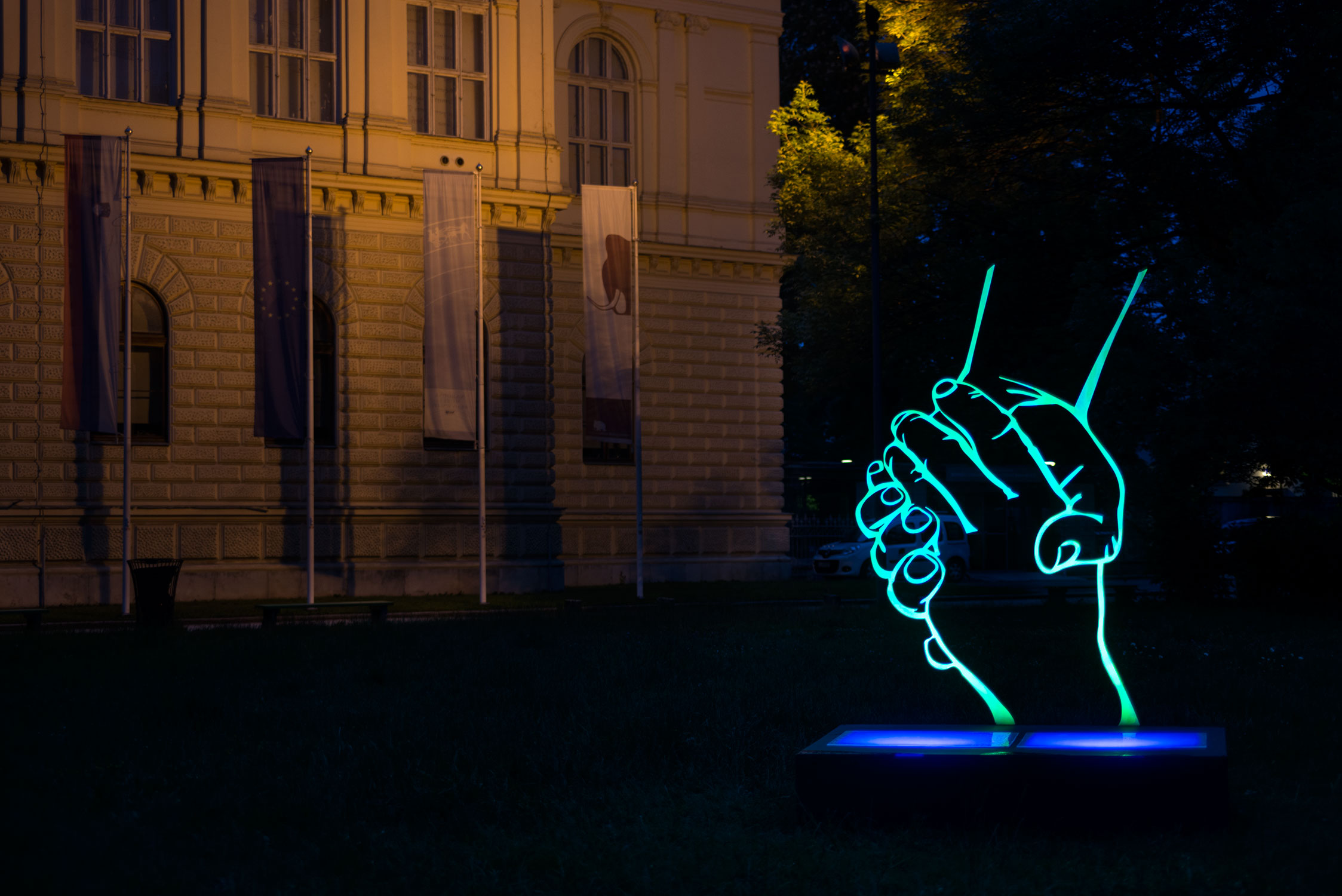 Luka Savić often reinterprets and comments upon works of other artists, finding inspiration in the artworks of the past. This time he chose to reference Marko Pogačnik, a Slovenian neoavantgardist who later went on to explore esoteric and cosmologic principles in art. The project crosses the border between the visible and the invisible, the material and the spiritual, last but not least also between different episodes in art history. The motive of the handshake itself and in this context can be understood as a harmonic and meaningful gesture that brings together the Earth and the Sky.