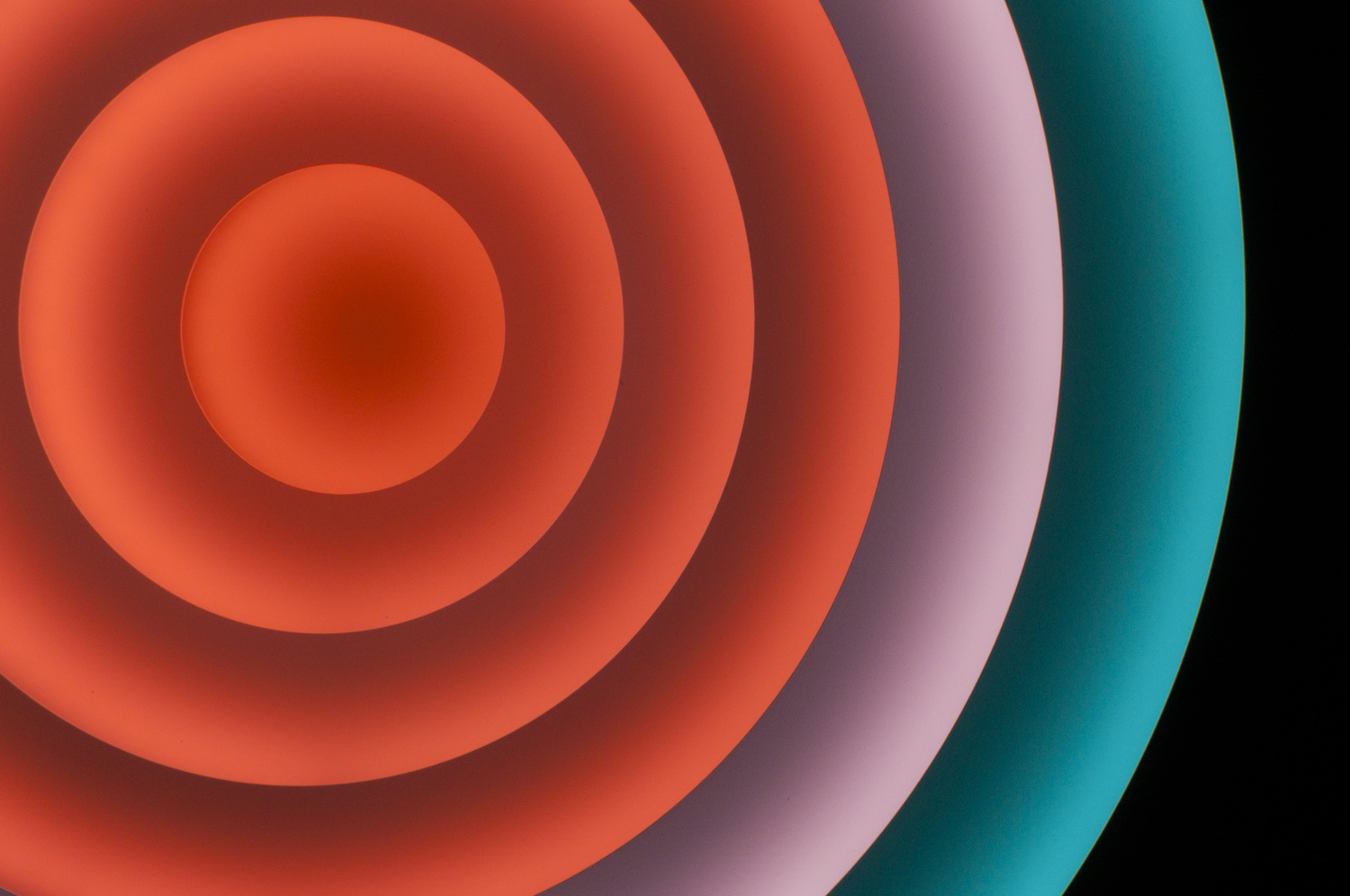 A series of three objects is conceived as a visual instrument that makes use of colour arrangements in its attempt to present the audience with an experience of light and colour which would be direct as much as possible. This triptych creates a minimalist intimate environment that affects the viewer with its chromaticity: each individual element creates several light circles whose tone, intensity and light create a meditative visual experience. The project emphasizes selected tonal harmonies and contrasts by which it builds its own colour semantics and thus pays homage to a long history of scientific researching of colour and colour theories. In 2016, the project has won the 2nd place in the DARC Awards competition for the best low-budget lighting installation.

Aleksandra Stratimirović graduated at the Faculty of Applied Arts and Design in Belgrade and continued her studies at the University of Arts and Crafts (Konstfack) and at the Royal Institute of Technology (KTH) in Stockholm where she specialized in lighting design. She’s the creator of several public lighting installations. Athanassios Danilof specialised in Light & Lighting at the Barteltt School of the Built Environment-University College London. He is active in the field of lighting design in architecture since 2004: until now he’s realized several resounding and awarded projects both for private and public clients. He lives and works in Athens.