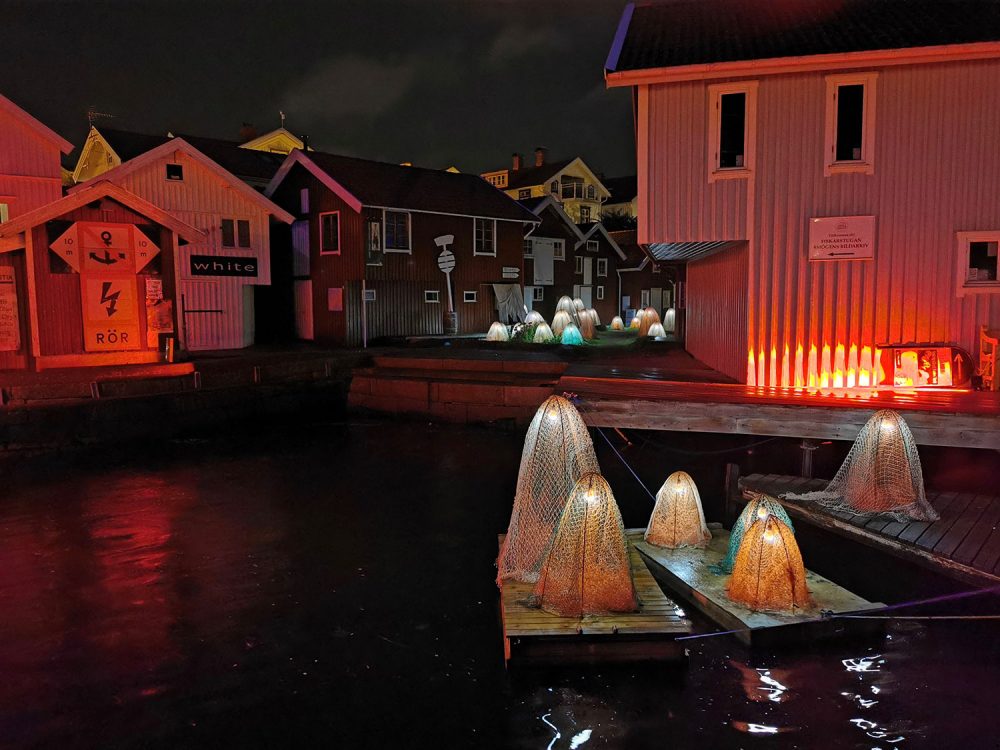 Aleksandra Stratimirović, this regular guest of the festival is this time presenting an installation called Underworld: a set of tens of illuminated objects, creatures from a mysterious underwater dwelling. The project arose from the desire to draw attention to the sensitivity of marine life and its fragile environment. The project was first shown at the light festival on the Swedish island of Smögen that inspired the artist for the project with its marine environment. Stratimirović found the material for the creation of her objects directly from the local fishermen: whatever was stuck on seabed and was pulled out when fishing nets were dragged out was given a new life on land.

ALEKSANDRA STRATIMIROVIĆ is a Serbian-born artist who lives and works in Stockholm. She completed her graduate studies at the Academy of Fine Arts and Design in Belgrade, and her post-graduate studies at the Royal Institute of Technology in Stockholm. She works in lighting design, she’s a member of The Lighting Detectives collective from Stockholm and the co-founder of the Lighting Guerrilla festival. She often gives lectures on lighting and creates different art projects and permanent installations. She received the Stora Förtjänstpriset award in Sweden last year for her work.