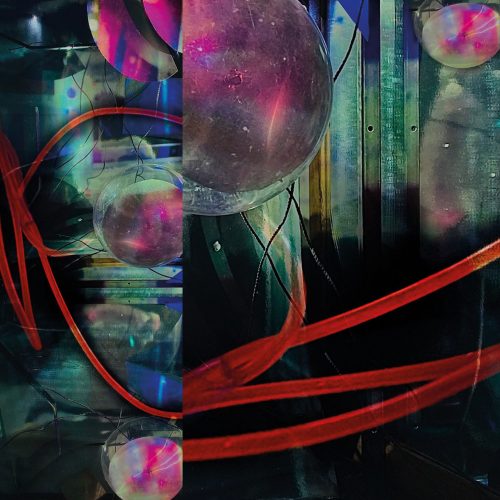 At this year’s edition, power line shafts can also reveal a different view on the city underground. This time students of the ALUO are occupying the underground locations in front of the Vžigalica gallery. Anastasia Krivolapova and Urša Rahne created a project called Eter. They based it on the Aristotle’s definition of the fifth element and very contemporarily interpreted it as information. Ana Ščuka and Urška Slemenešek approach similar points in their project, theirs is called Misli / Thoughts and shows the fifth element as the manifestation of energy of an infinite stream of thought. They created a setup of light signals to represent brain synapses’ activity. The Bantur collective established a miniature bed-sit in one of the shafts that is going to be put on the market for rent. The artists are thus addressing the insufferable situation in the Slovenian real-estate market too.