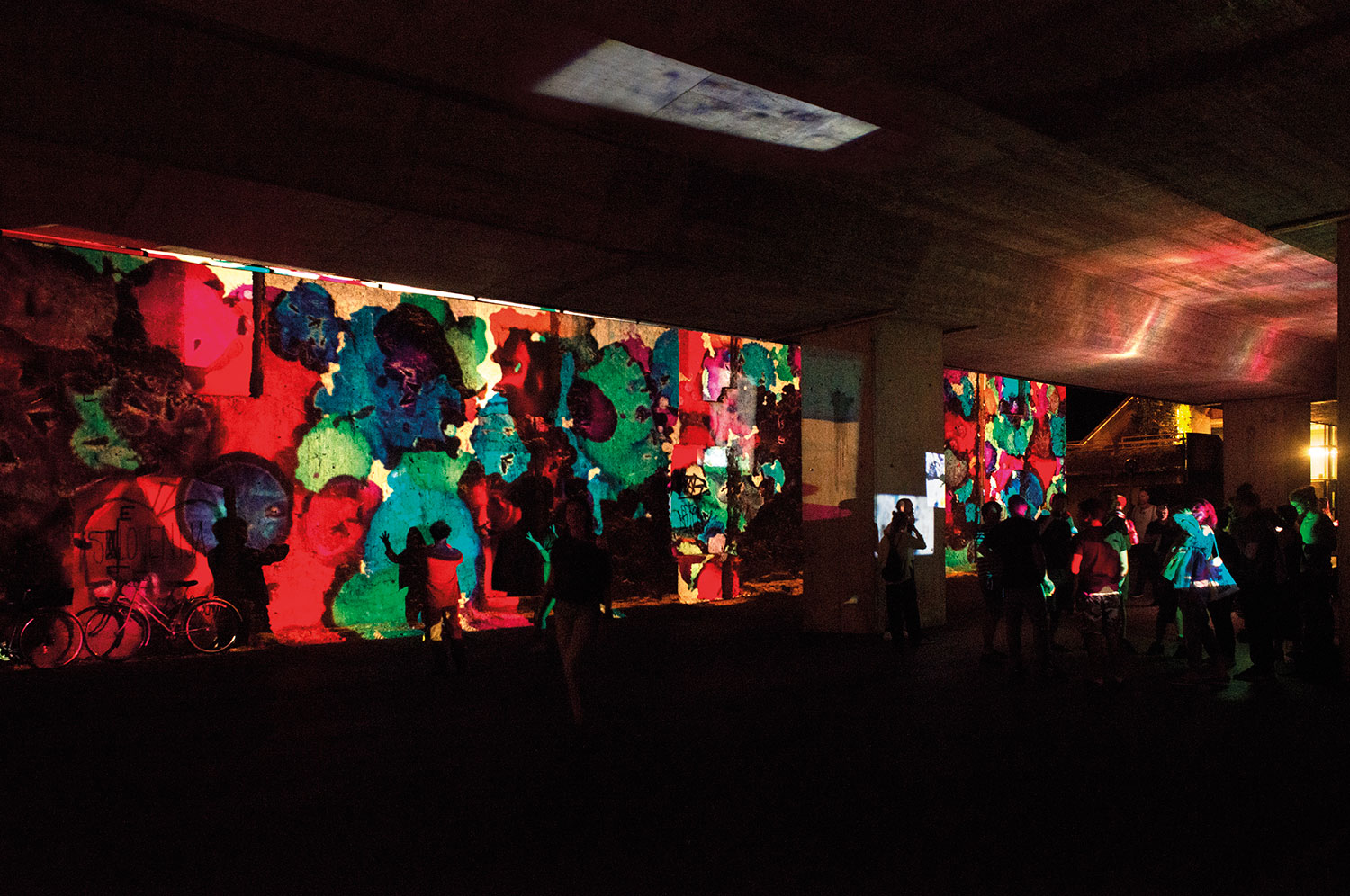 The Lighting Guerrilla Laboratory this year also features students of the course of Video and New Media at the Academy in Ljubljana tackling the challenges of video mapping. The results of the workshop under the mentorship of the Austrian collective MO:YA and Sašo Sedlaček will be shown under the Fabiani bridge just next to the Cukrarna palace. The opening of the exhibition in the Cukrarna palace and later reruns will thus uniquely transform a cold mass of functionalist architecture: the utilitarian public space will turn into a colourful setting choreographed by light beams.

about the mentors: The MO:YA Visuals collective was established in 2011 by the versatile designers Werner Huber, Roland Mariacher and Attila Primus. The creativity of the collective is based on innovative exploration of relations between space, the viewer and the object. They use contemporary digital media tools to create interactive installations and video mappings with which they cross the borders between the virtual and real space. Sašo Sedlaček (1974, Ljubljana) graduated in sculpture and video at the ALUO in Ljubljana, where he’s been an associate professor in the course of Video and New Media since 2015. His artwork is very multimedia focused and he’s received many awards (OHO, Vida 11, Spaport, Zogo Toy …).

The hosting of the Mo:YA Visuals collective is co-financed by the Austrian Cultural Forum in Ljubljana.