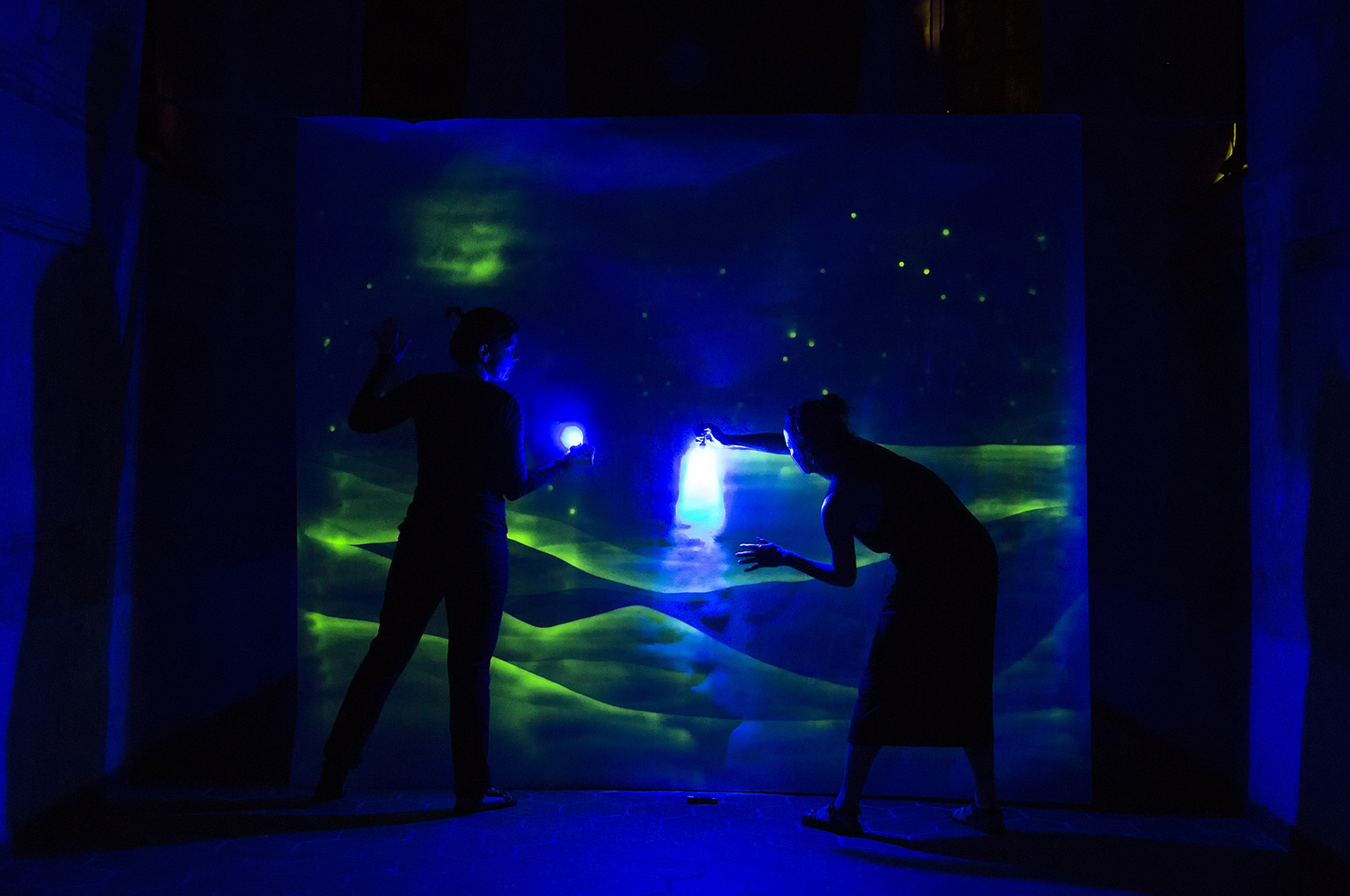 »The concept of the performance is based on the experience of the artist as a woman with her own desires, passions and expectations. This main human wish is expressed with elements of light, shadow, colour, liquid, air and material substances, sound and voice. The theme here is a metaphor for our unconscious and fears and stands for the opposite of light as the metaphor for the conscious mind in its unity and harmony. Light contains all the colours of the spectrum that are revealed with the experimental projection of light into different liquids. Colour in this way becomes a parable for emotions, sexuality and desires. The process of creating and performing the work is a way to relax our egos, wishes and expectations, it aims to help us reach unity and harmony.« /A. Džakušič & K. Miyazaki/

Andreja Džakušič is an interdisciplinary creator of contemporary art, a performer and a pedagogue. She’s graduated and reached Masters at the ALUO in Ljubljana. She’s was additionally trained at the Vysoka Škola Vytvarnih Umeni in Bratislava (Slovakia) and at the Akademia Sztuk Pieknich in Krakow (Poland). She’s mostly into socially engaged art, art in public space and community art. She’s also a valuable member of the Visual Artists Association of Celje and active in several collectives (like eg. SIVA with Simon Macuh and Iva Tratnik, Javna branja, Ivan …) She lives and works in Celje. Keiko Miyazaki (1978, Ehime, Japan) concluded her graduate and postgraduate studies of visual arts at the University of Northumbria in England in 2003. After moving to Slovenia, she continued her studies at ALUO in Ljubljana in 2004 and in the Academy in Krakow in Poland (2005). With her work she explores different aspects of communication by connection and inclusion of/in the environment. She’s received the Sakaide Grand Prix in 1999, awards for TV-shows Cosmos Cable (2005) and the award of the Shikokuchuou city for the cultural contribution. She’s exhibited her works in Slovenia and abroad. She lives and works in Slovenia.