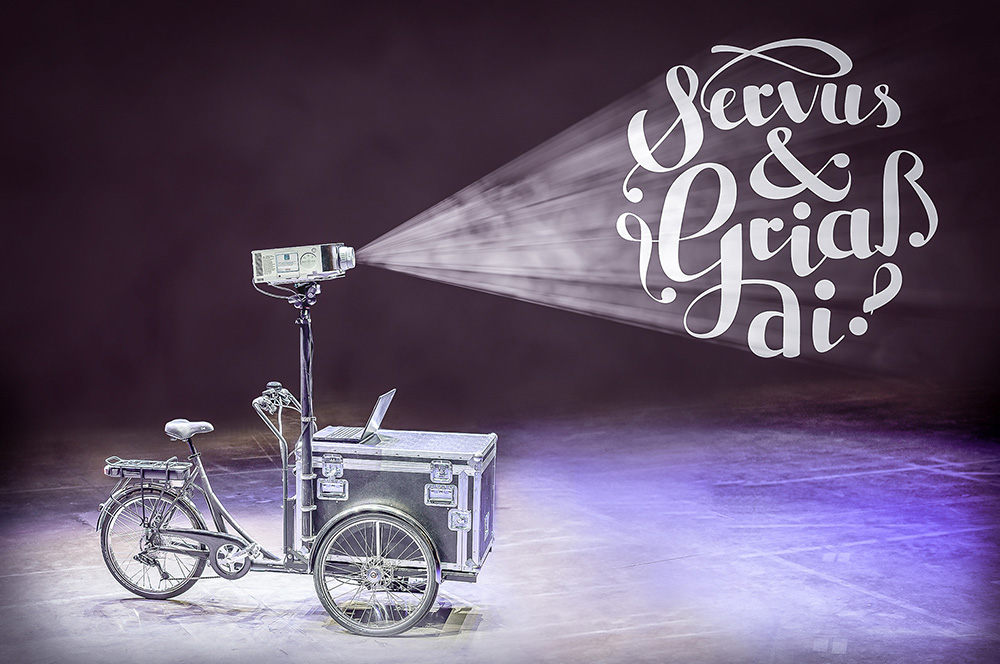 Maplab Mobile Mapper is a projection and sound system, adapted to fit on a bicycle in order to perform guerrilla videoprojections. The authors of the project have recorded a series of videos addressing the current refugee crysis while at the same time exploring the themes of identity, memory and cultural stereotypes that are established by the means of language. They’ve invited to participate in this project some refugees from the Middle East and some domestic people who have spoken into the cameras in languages incomprehensible to them. The moment of surprise that stems from the contrast between the seen and the heard reveals the influence of cultural codes on the viewer’s perception of a fellow man, and deconstructs the stereotypes about foreigners and about ourselves as well.

BILDWERK COLLECTIVE deals with interactive media, projections, visual installations and design. It was founded in 2006 in Vienna, initially as a VJ duo composed by the brothers Leonard and Benjamin Prokopek. The Bildwerk collective is also a co-founder of the RingGingBling project that has seen many installations in many different festivals in the last few years (Vienna, Moscow, Prague, Ljubljana, Jerusalem, Cascais) MO:YA VISUALS was founded in 2011 by the versatile designers Werner Huber, Roland Mariacher and Attila Primus. The creativity of the collective is based on the innovative exploration of relations between space, viewer and object. They use modern digital media tools to create interactive installations and video mappings with which they transcend the borders between the virtual and real space.

In Austria, the project is funded by the province of Styria, Department of culture and foreign affairs. The hosting in Ljubljana is co-financed by the Austrian cultural forum in Ljubljana.