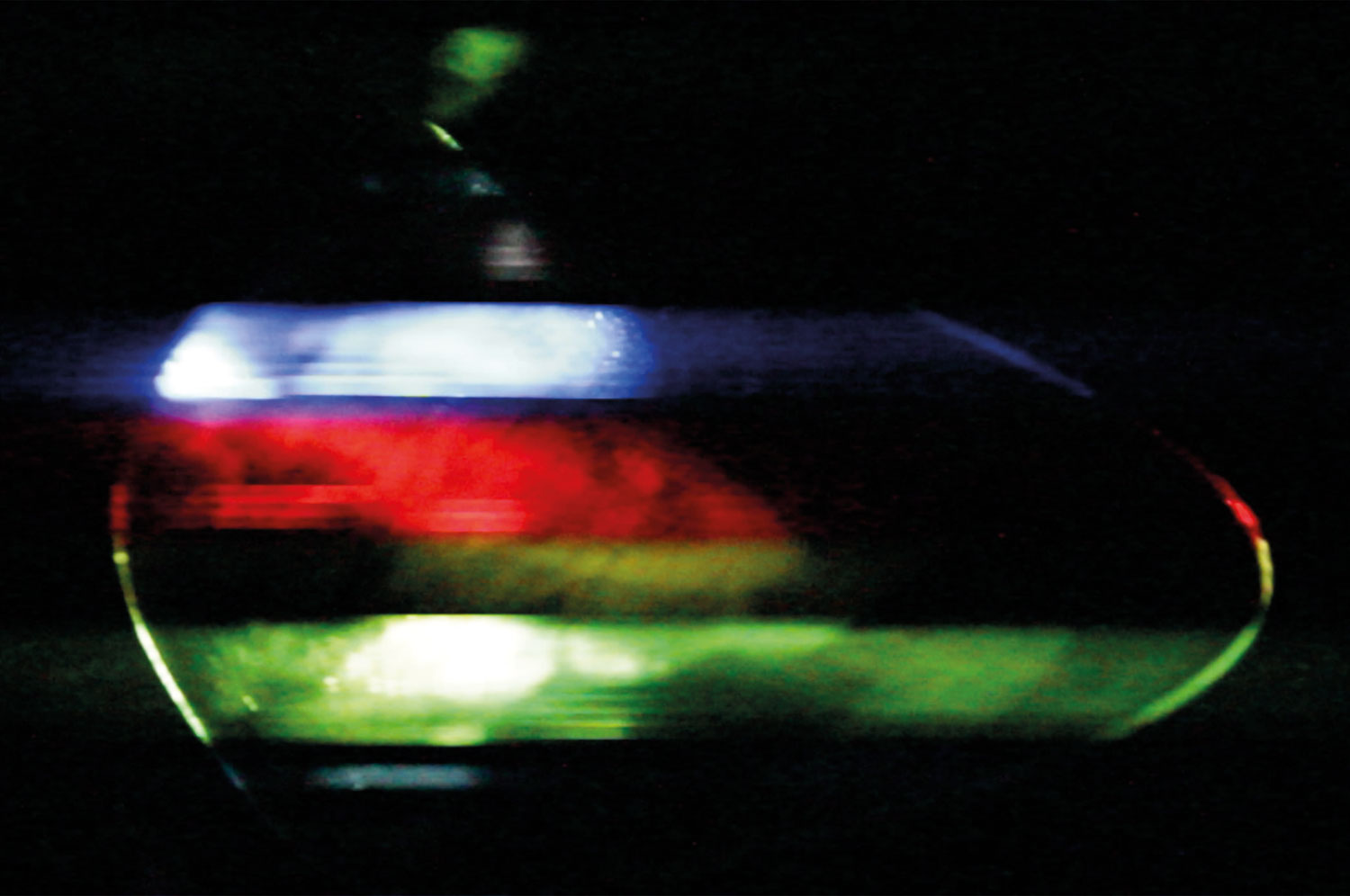 The driving force of the Colorama project lies in the desire for a complete deconstruction of a digital image, achieved by Čadež by means of robust mechanics. The central building block of the installation is a common DLP (Digital Light Processing) video-projector whose beam is subject to a high-frequency rotation that disperses the digital image around the space. Since this DLP technology doesn’t project all three primary colours simultaneously, but a sequence of three images in three colours appears on the lens instead, the viewer is presented with a colour structure that represents a complete destruction of the visual coherence of the original image. The project thus re-examines a part of our visible reality that we take for granted, while also showing the role of the primary colours in the construction of just any image.

Boštjan Čadež (Ljubljana, 1979) finished the study of industrial design at the Academy of Fine Arts and Design in Ljubljana. As an intermedia artist, lately he’s been focusing mostly on the fields of computer, real-time-generated and generative graphics and robotics, presented in the form of performances and installations. He’s received several prestigious awards and prizes for his innovations in design and programming. His previous artistic endeavours include graffiti, street art and VJ-ing. He’s received the »Zlata ptica« award in 2013 in the category of intermedia art.