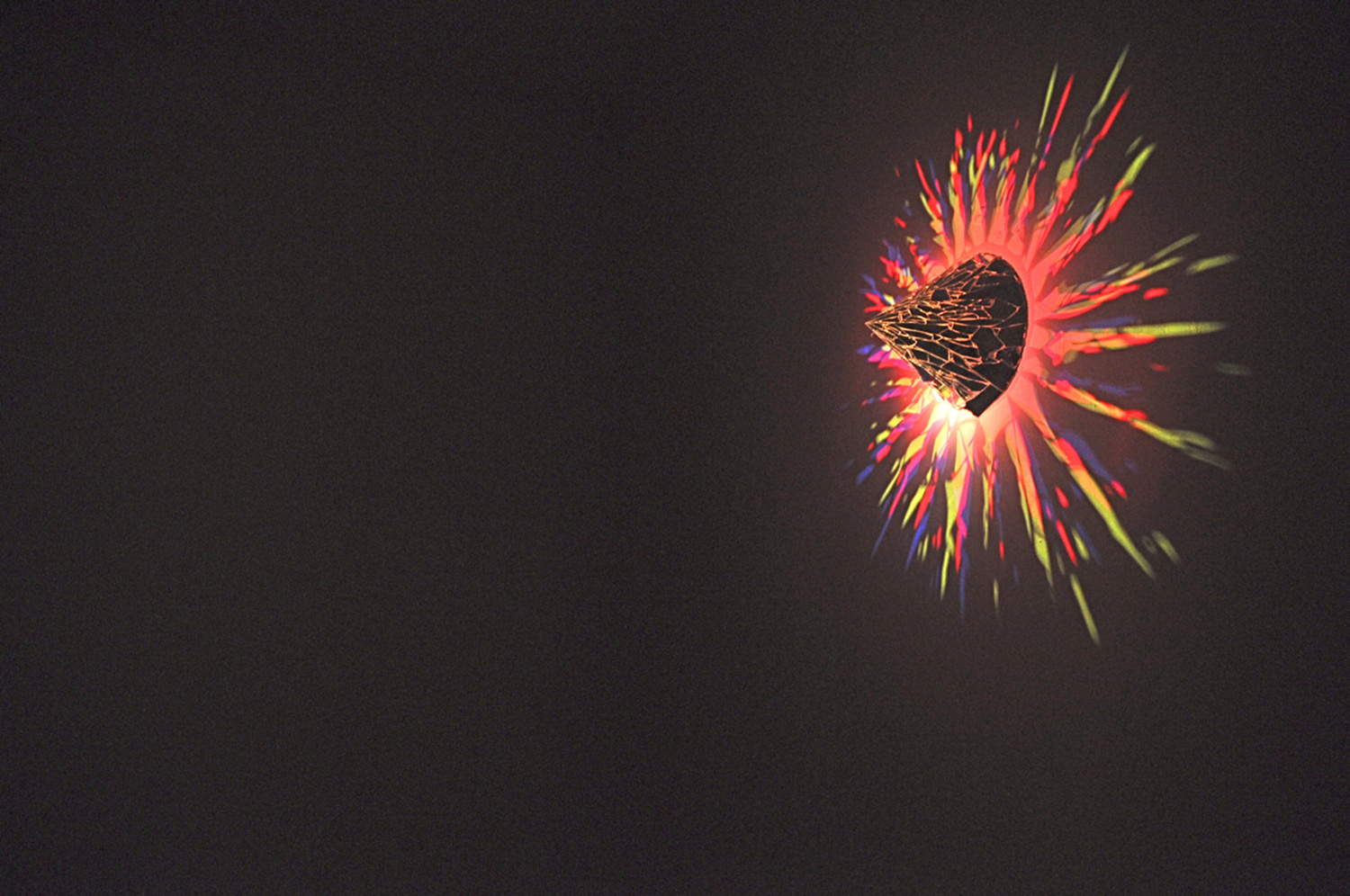 This Hungarian artist often draws inspiration from older artworks and sacral themes in them in his works, but his paraphrases address the viewer in an explicitly contemporary language which is characterized by modern technology. His work, presented here for the first time for the Slovenian audiences, consists of an object made of pieces of mirrors and illuminated with three coloured light sources. The light reflections create a special auratic field around the object, a wreath of colourful light beams that come to life whenever passers-by and their shadows move past the object. This work draws inspiration from the Christian motif of the Holy Trinity, represented here by the three colours. The places where the three colours overlap and become one turn white, symbolizing thus the redemptory unity of the triune deity.

Erik Mátrai (1977, Miskolc, Hungary) graduated in 2004 in painting at the Hungarian University of Fine Arts in Budapest where he also completed his post-graduate doctoral studies. He often relies on the medium of light in his creations, where he focuses on the audio-visual layouts, while he’s also interested in the world of high technology and of the digital. He’s received several prestigious awards, grants and residences, realizing thus a big number of individual exhibitions in several European countries. He lives and works in Budapest.

The hosting of the artist is co-financed by the Balassi Institute in Ljubljana.