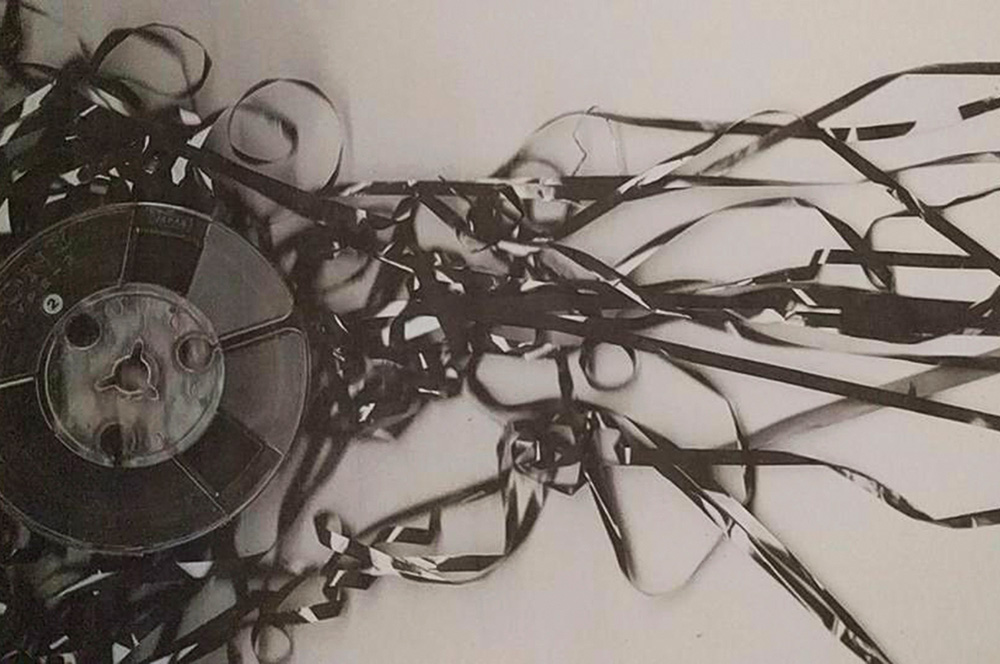 Our neural receptor absorb and filter every event that is then stored in a branched way in different parts of the brain, dedicated to different categories of perceptions. The impulse that is single at the moment of its perception thus becomes a constellation of sparsed and interlaced connections of neurons. It becomes one again only when we remember or relive that same experience again.

Defragmentation of memory is a work that reproduces a part of this cycle in the form of analogue sound-light macroscopy. The use of the magnetic tape is an oxymoron in this context, but essential for the reassembling of fragments of memory back into a whole, although this whole is always a bit different from the original.

We explore the memory in its endless forms that stem from the ceaseless cycle of construction and reconstruction of information in an ongoing dialogue between light and sound, two sides of the same coin. /artists/

FRANCESCO DELLA TOFFOLA (1994) is a student of fashion design at the IUAV University in Venice. He’s always been interested in science and art and firmly believes in the bond between both fields. FRANCESCO IBERTO CAPALOZZA (1994) comes from the Friuli region. He’s begun his studies in Bologna, but later moved to Venice where he’s attending the course in modern technologies at the Academy of Visual Arts.