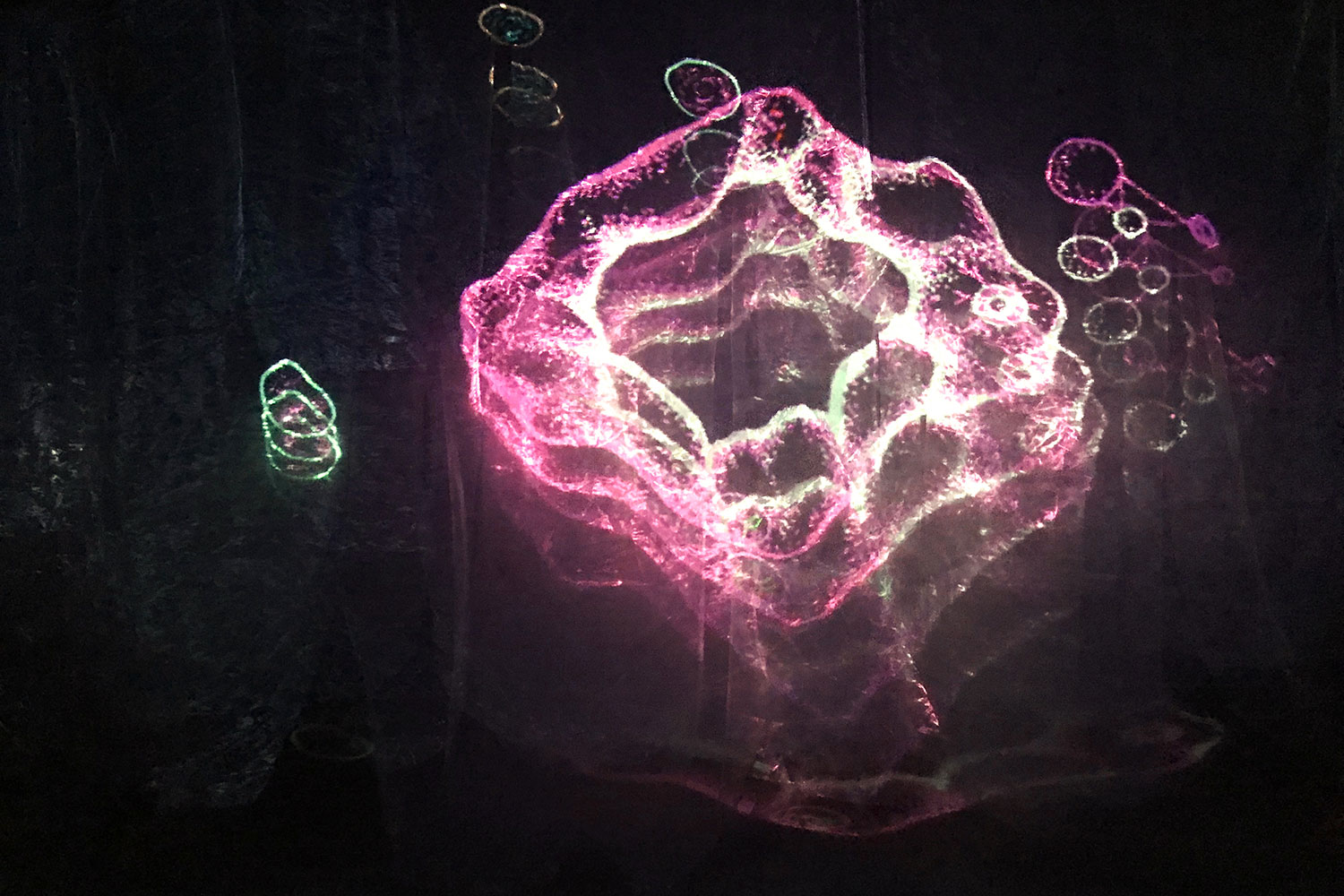 The project of the Iranian-French tandem sets out to explore the borders and transitions between the fictional and the real, between artistic imagination, digital technology and science – mostly biology, where the creator of the concept, Golnaz Behrouznia, often finds inspiration. Reality is scanned for different data parameters that influence the appearance and movement of weird beings that look like microscopic creatures floating in darkened space. The project addresses the topic of nature, environment and co-dependency of different biological elements that lead to the creation of life and evolution. These fragile and helpless creatures hint at the thin divide between them and the organic world.

GOLNAZ BEHROUZNIA (1982, Shiraz, Iran) started by studying sculpture at the academy in Teheran, later completed digital media studies and turned into multimedia projects. She presented her works in many acclaimed exhibitions and contributed to many festivals. FRANCOIS DONATO (1963, Mont de Marsan, France) studied music in France, and in the early 90’s started to explore the power of new technologies in sound production. He’s been an active member of Paysaginaire, association for development of electroacoustic music and loudspeaker orchestras since 1994. His compositional works often contribute to different chorographical, musical and multimedia events.

Coproduction: MGML. Hosting was supported by the French Institute in Slovenia.