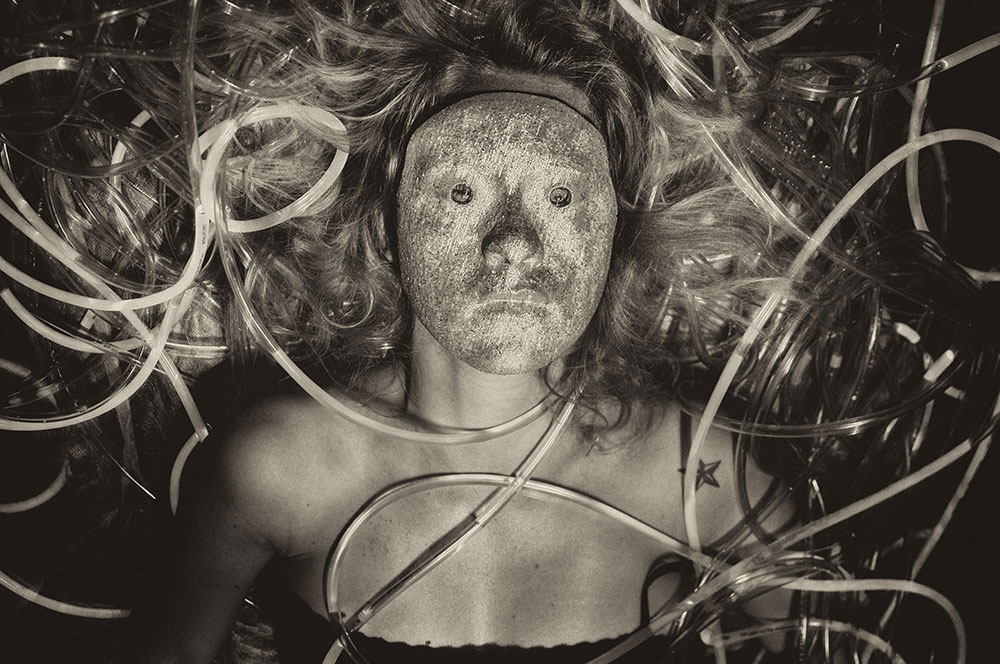 »Medusa, as one of the most archaic mythological figures and symbols of femininity, represents a binarity per se: she’s both a perfect beauty and a perfect monster that symbolizes beauty on one hand and horror on the other. We attempt to look for and establish a new aesthetic of a deconstructed and reconstructed elusive (feminine) being. Just as the Medusa’s gaze turns the onlooker to stone, we also want to freeze a given moment in time, reinforce it and extend it into eternity.

At the same time we’re constantly coming back to the search for a pure moment in time; the moment where you’re fine with yourself, the moment when you simply are, period. This step into the timestream at the same time means also a step out from the capitalist logic of time perception and consumption which doubles up as the exit of the woman from the patriarchical-capitalist structure of society to look for her own time and space.« /artists/

URSA RUPNIK (1984) graduated both in cultural studies and in dance and choreography. She collaborates as an independent dance artist with the major Slovenian choreographers and other artists; she creates original solo and group dance projects with Studio za svobodni ples (Free dance studio?); while she is also active in the dance collective Benko-Jamnikar-Krizic-Rupnik and in a tandem with Liza Simenc. She’s received the Meta Vidmar award in 2013 for her long-standing professional and organizational work in the field of contemporary dance. LIZA SIMENC is a dancer, pedagogue and choreographer. She gained her education at the Ballet College in Ljubljana and joined the contemporary ballet ensemble Kjara’s Dance Project in 2010 as an assistant, where she stayed until 2015. She’s contributed to several projects as a dancer and choreographer, at the moment she’s working with Ursa Rupnik and Tatiana Kocmur. She lives and works in Berlin.