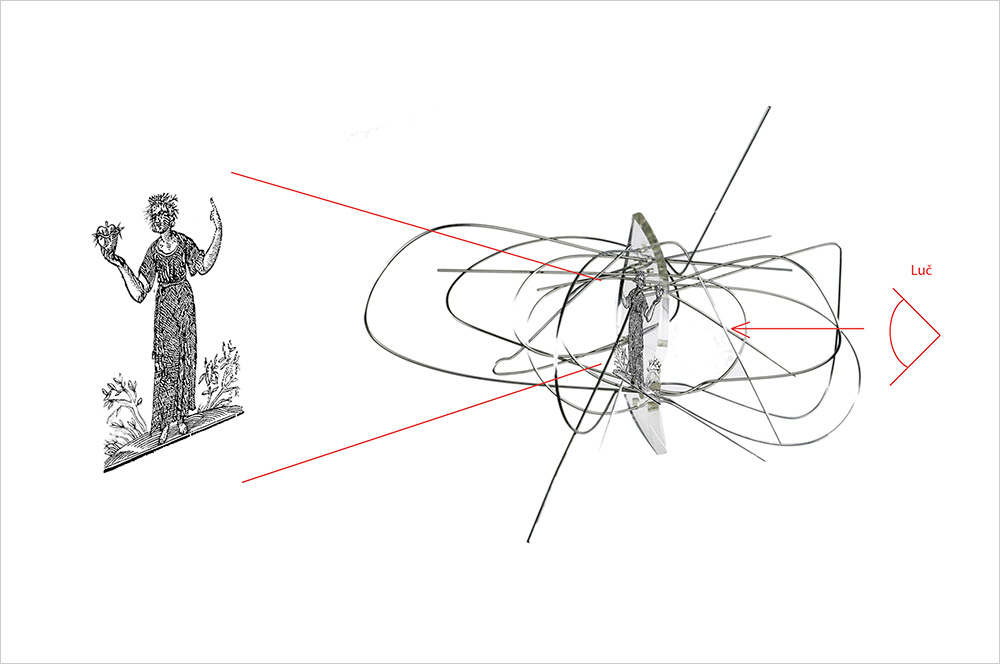 The installation represents an hommage to the famous artwork titled »Light-Space Modulator« by the Hungarian avantgarde artist Lászlo Moholy-Nagyj who often focused on the exploration of light and space in his works. Luka Savić thus pays tribute to the tradition of avantgarde art, all the while interweaving several layers of reading, and with it, of remembrance. The basic function of the modulator is the transformation of the micro ambient into which the object enters. However the artist’s reintepretation makes for not only the change in the appearance of the space, but also of the iconic image Savić has affixed onto the core of the object. This work is thus not only about an abstract change in the space and/or time, but also includes a substantial upgrade of Nagy’s work.

LUKA SAVIĆ (1990, Ljubljana) is an artist and a philosopher. He’s finished the School of Design and Photography in Ljubljana at the department of graphic design. He continued his education in 2010 at the AVA, Academy of Visual Arts, where he’s currently in the fourth year, while at the same time studying philosophy at the Faculty of Arts in Ljubljana. He’s been the assistant to Miran Mohar, a member of the Irwin artistic collective, since 2010. Apart from that, he’s preparing a series of his own projects. He lives and works in Ljubljana.