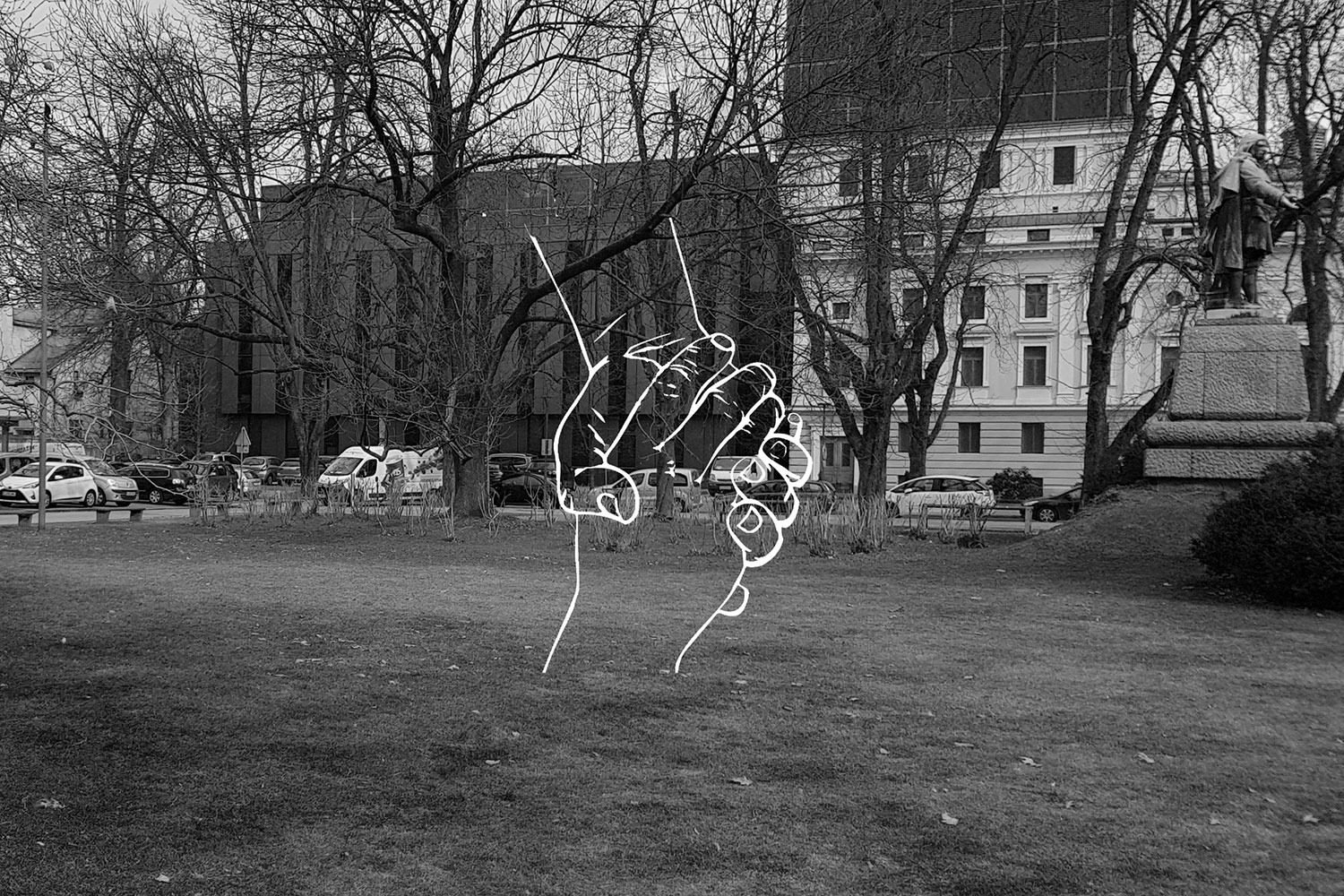 Luka Savić: On Earth as it is in Heaven

Luka Savić often reinterprets and comments upon works of other artists, finding inspiration in the artworks of the past. This time he chose to reference Marko Pogačnik, a Slovenian neoavantgardist who later went on to explore esoteric and cosmologic principles in art. Savić’s project is located in one of the energy spots discovered by Pogačnik years ago. The project crosses the border between the visible and the invisible, the material and the spiritual, last but not least also between different episodes in art history. The motive of the handshake itself and in this context can be understood as a harmonic and meaningful gesture that brings together the Earth and the Sky.

LUKA SAVIĆ (1990, Ljubljana) finished graphic design at SŠOF and went on to the AVA Academy of Visual Arts. He completed his education afterwards at the Faculty of Philosophy where he graduated in philosophy in 2017. He was an assistant to Miran Mohar between 2010 and 2017, and later became a partner of the David Gothard Archive where he produced several events. He presented his works recently in the Mahler and LeWitt Studios residence in Spoleto in Italy, at the Arte Fiera Polis – BBQ Show in Bologna and in his solo exhibition in the DLUL gallery in Ljubljana.