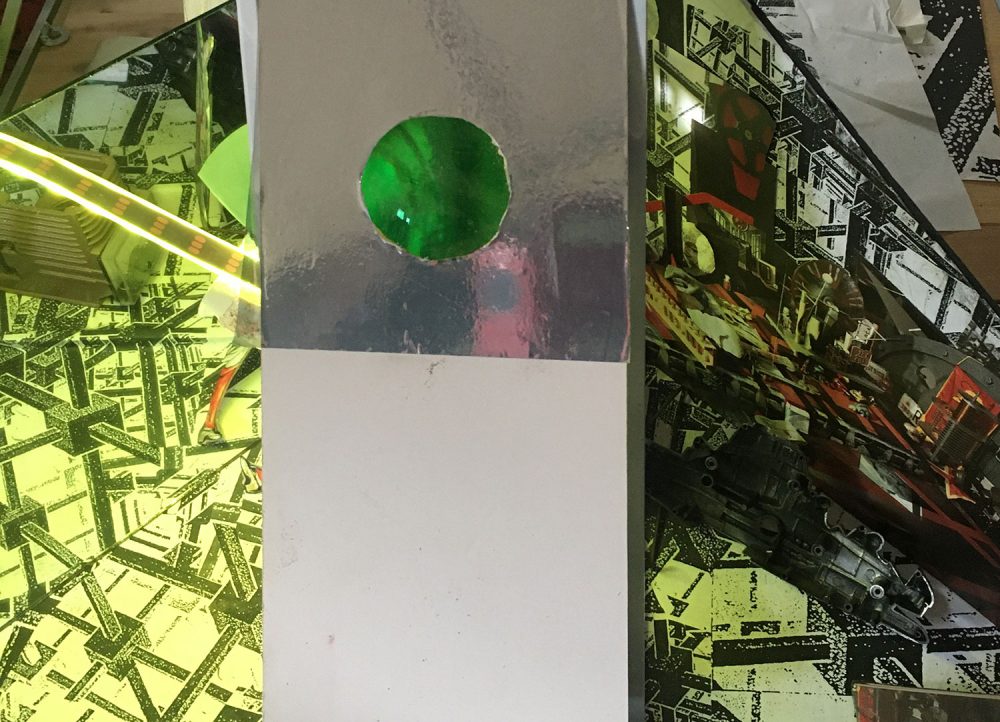 This year, the pavilion in Congress square is going to turn into a temporary exhibition place to present the latest project by Marko A. Kovačič. The artist envisioned a new object for the pavilion made of different materials with which the viewer will be able to see the world of the four elements, illustrated with the help of historical scenes and the symbolism of colours. The mysterious fifth element this time appears in the form of light which, as a metaphor for all that’s holy and spiritual, enables the perception of the four elements. The fifth element simply hovers in the pavilion and whenever someone touches it, its inside becomes visible, illustrating thus the relation between the apparent and the hidden.

MARKO A. KOVAČIČ (1956, Ljubljana) graduated from the Academy of Fine Arts in Ljubljana and completed his specialization in sculpture in 1988. He was a member of the Ana Monroe Theatre (1981-1993), the R IRWIN S group (1983–1985) and Zlati kastrioti group (2000-2008). He is involved in performance, sculpture, installations, video, film and theatre, exhibiting his works independently since 1983. He has participated in numerous group and international exhibitions and festivals. For his work he received the Golden Bird award in 1987 and the Zupančič Award of the City of Ljubljana in 1994. His project on the Plastos’ civilization was selected the work of the month and featured on the website of the International Contemporary Art Network.