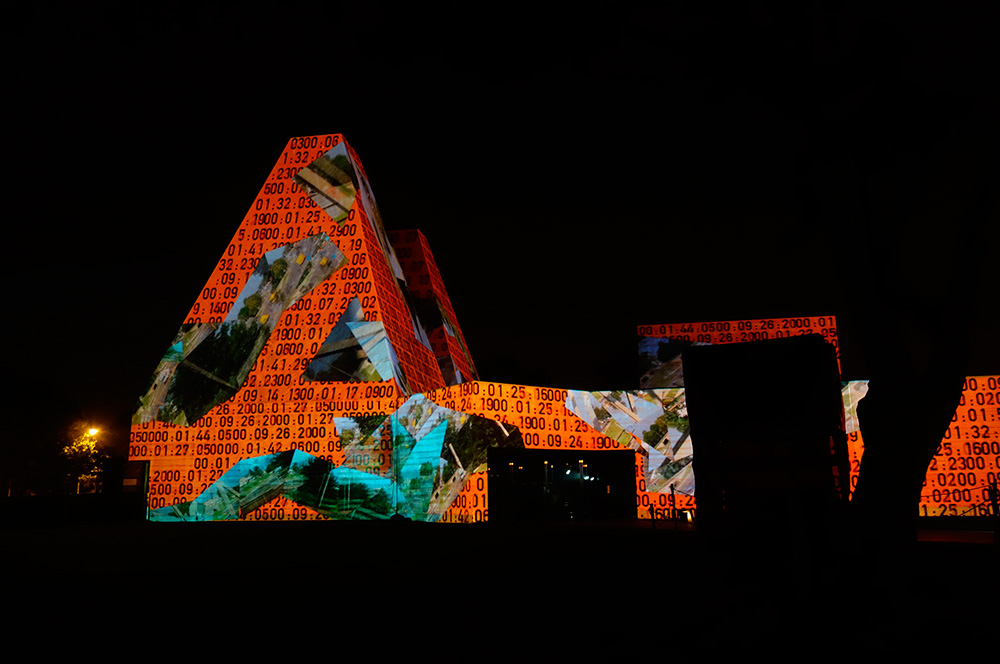 The opus of this half-French, half-Polish artist going by the name of Milosh, is characterized by the creation of monumental multimedia installations and videomappings that are, on a formal level, recognizable after his toying with the animated text that’s included in the texture of moving images in an organic way. An important aspect of his installations is original music as well: this time, during the opening, he will be joined by a French DJ and sound designer Patrick Vidal, who’s atonal electronic compositions draw from the given visual material and respond to it, too. A key feature of this meditative projection, created by Milosh for Lighting Guerrilla, is exploration of different facets of reality, with which the artist addresses mainly its illusion-ness, realized through the subjective perception of the viewer. Dimensions of time and space, explored by the artist, are thus layered like metaphorical sediments of memories, imbued with the weldability of the unconscious and of the archetypal.

MILOSH (Milosh Luczynski; 1973, Poland) works as a video and multimedia artist, VJ, performer, designer and painter. He’s first finished his studies of anthropology and then of industrial deisgn at the university of Krakow. At the end of the 90’s he’s also concluded studies of visual communication at the artschool in Toulouse, France. At that time he was one of the pioneers of VJ-ing, collaborating with several musicians, wirters and visual artists. His works were included in various festival in Paris, Beijing, Berlin, London, Moscow … He lives and works in Paris. PATRICK VIDAL (1957) is a famous DJ, producer and sound designer. He’s been present in the musical scene since the times of early punk, was active in several musical bands and created numerous independent musical projects in the meantime as well.

The project is co-financed by the French Institute in Ljubljana.