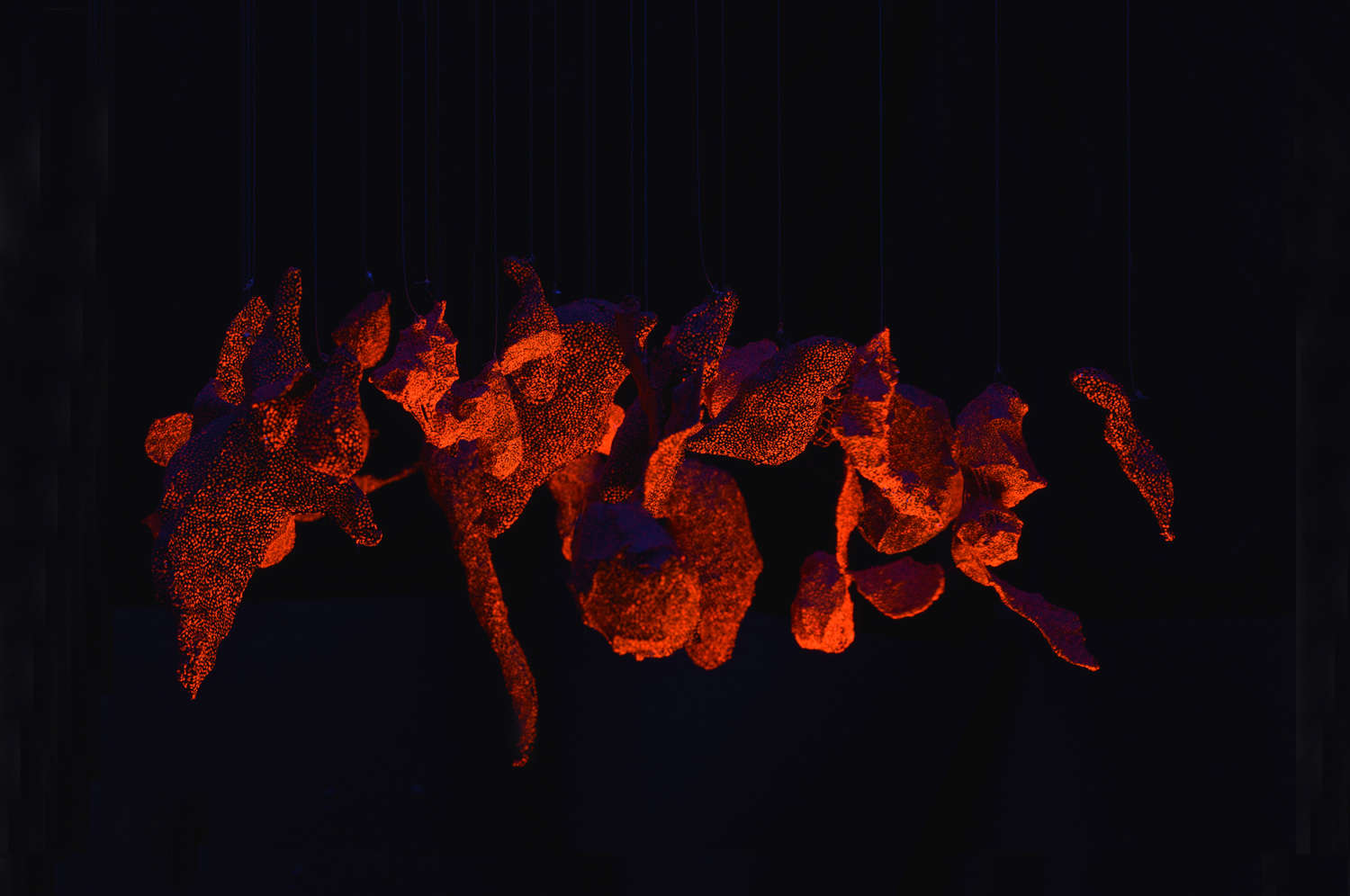 These two artists from Maribor are returning to Lighting Guerrilla after few years break, again with a striking ambiental composition, result of long-term and patient manual labour. As they say, this time the installation is conceived as construction of the appearance of colour in its formation, glow and wane. It consists of a multitude of handmade dotted and coloured organic forms, some sort of cocoons that inhabit a darkened place with their glowing shells. Coexistences work as a unified organism of unknown colour matter, as a suggestive visual landscape that seduces the visitor and literally sucks them in: the project also seeks to outline the excessive experience of both (co)existence and (co)creation through a game of thickening and approaching. The experimental sound backdrop accompanying the layout was created by Andrej Hrvatin.