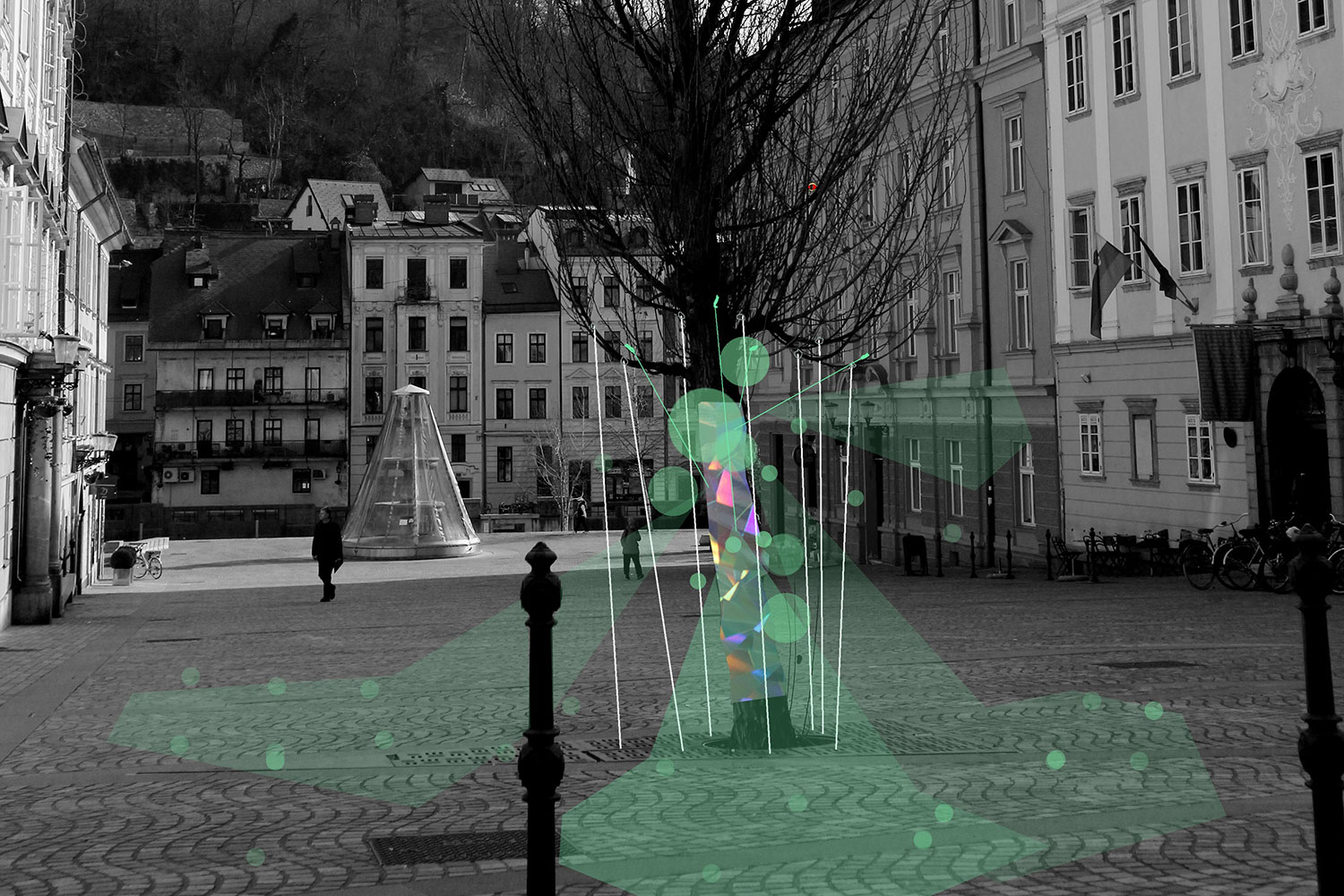 The artist chose the one and only tree in the middle of a cobbled and emptied square for her setup. This leafy loner will take on a new image during the festival and transform into an interactive body of light and sound. The tree stands for the transition between nature and the world marked by humans and their modern technology. The artist will equip it with strings that create sounds, while sensors sensitive to movement will trigger light effects and co-create an interplay of random reflections, an interactive luminous microhabitat. The illuminated part of the setup is complemented by the sound backdrop that recreates a sylvan atmosphere in the city centre.

NEŽA JURMAN (1985), also known as Nez Pez, graduated from sculpture at ALUO in Ljubljana where she received the university’s Prešeren award and ALUO award for her special contribution. Her work is characterized by recurring motives that move through different media: graphics, drawing, painting, audiovisual art and sculpture. She exhibited her works in several solo and group exhibitions in Slovenia, Italy, Germany, BiH, Bulgaria and the Czech Republic. She lives and works in Ljubljana.