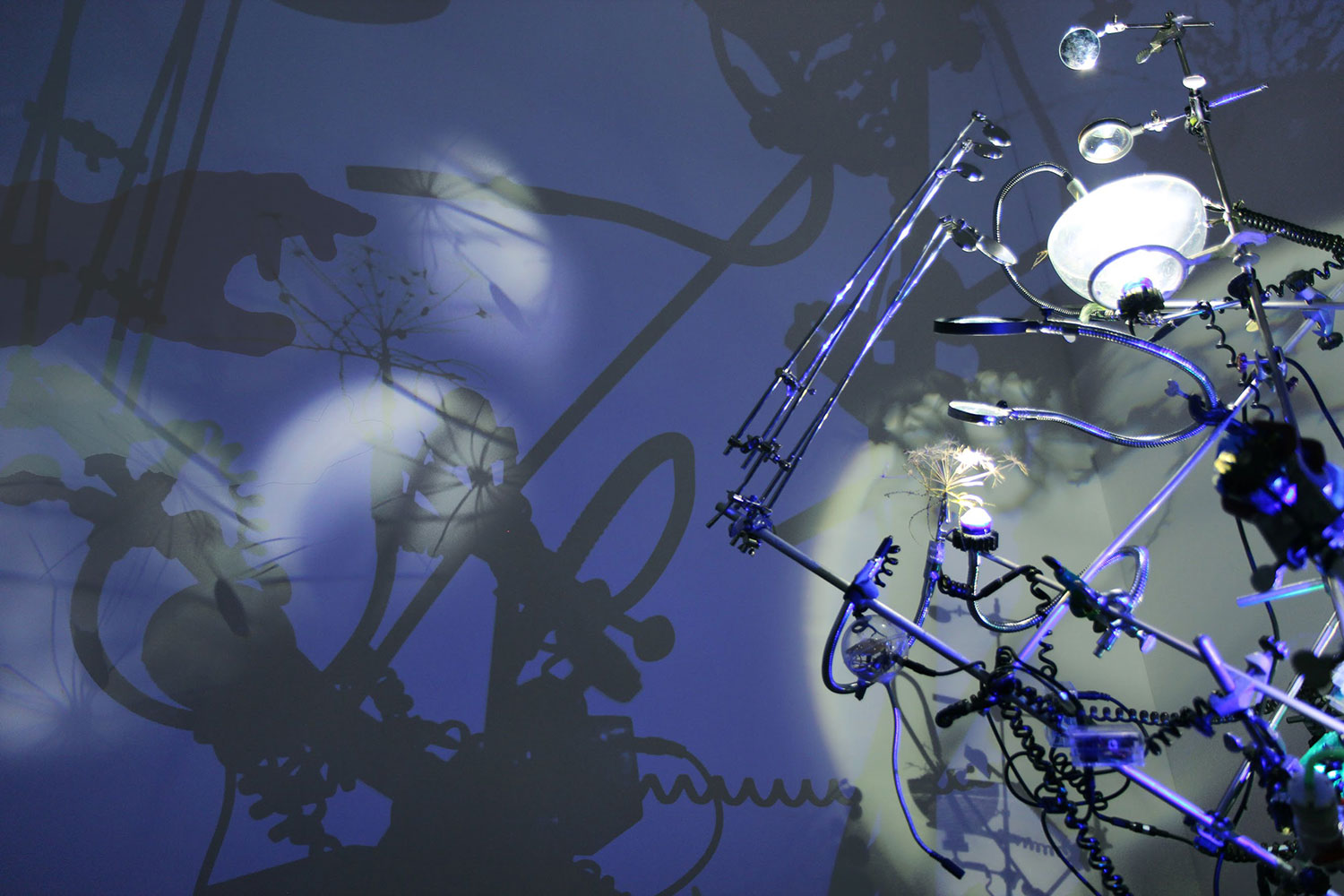 RaumZeitPiraten: About the impossibility of borders

RaumZeitPiraten is a collective of German artists who create characteristic »techno« light installations, mobile and kinetic DIY sculptures made from repurposed opto-acoustic devices.  The collective this time occupies the whole gallery presenting a project that stems from the historical concept of the so-called Expanded Cinema from the 70’s. This, unlike classical movie production, combines movies with other technological means such as video, special effects, holograms … RaumZeitPiraten are presenting an ironic paraphrase of the Expanded Cinema: the viewer, immersed in a visually saturated space conglomerate turns into an active participant of this meta-narrative and multi-sensorial ’cinematic’ story.

RAUMZEITPIRATEN is an audio-visual, time and space changing art collective that consists of Tobias Daemgen, Jan Ehlen and Moritz Ellerich. They have been working together since 2007 under this name that hints at the inspirational Einstein’s concept of the four-dimensional Raumzeit (space-time), while as pirates they feel the need to freely play with these concepts outside the traditional frameworks of production.