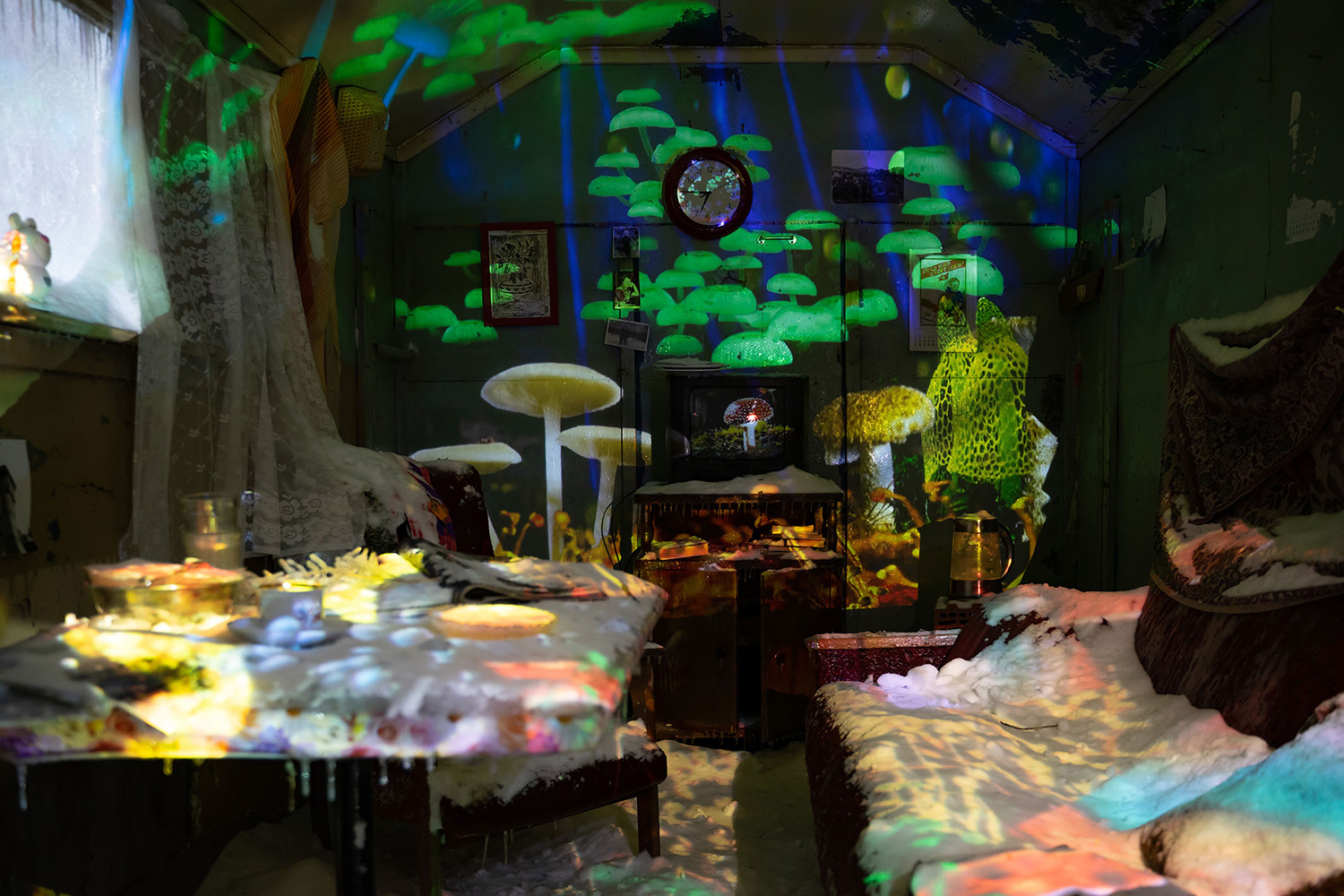 Installation in the central space of the Vžigalica gallery which the artist envisioned as an expression of unique transition to side rooms, builds upon the media of light and sound that embrace the viewer’s senses in the space. The author conceived the project as an ambiental setting, a sort of alienated meditation space with its intentional glitches, all kinds of rustling and crackling and psychedelic colour tones, that encourages observation and reflection of a dualism of two realities: the natural and sensual and it’s opposite, the digitalized and dehumanized version. Sochacki’s project thus metaphorically reveals the dimension of that which lies in between, a moment of instability in time and space.

ROBERT SOCHACKI (1971, Gdansk, Poland) has been artistically active for almost 25 years, mostly in the fields of scenography, VJing, performances, open-air screenings and interactive light installations. He also lectures at art academies in Gdansk and Wrocław and shares his extensive knowledge in didactic workshops in Poland and elsewhere in Europe and Africa. He started his theoretical research on the combination of light, audiences and art in the public space during his doctoral studies and exhibited his artworks at several international festivals.