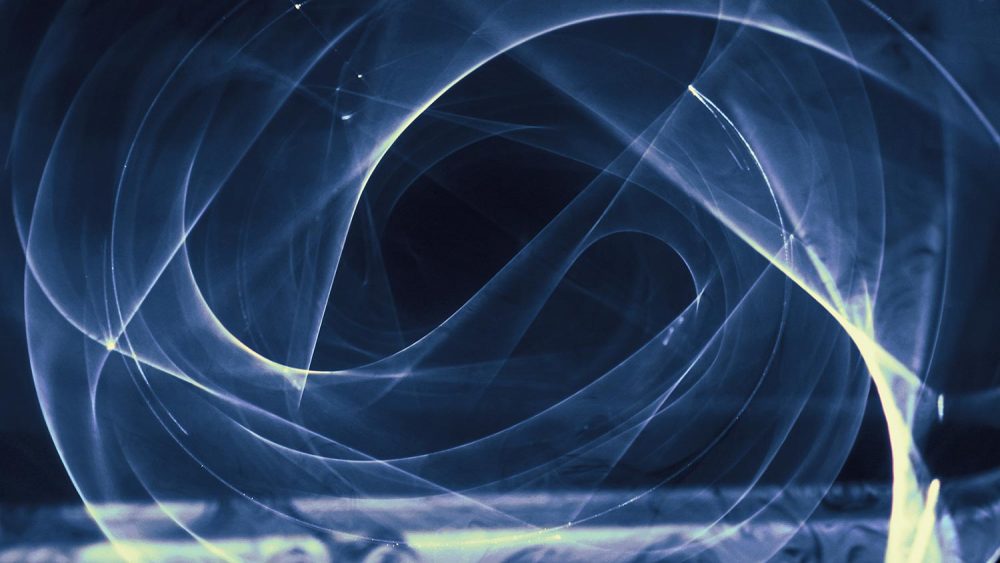 Hole is an audio-visual installation that brings to light the intoxicating quality of echoes that are generated in a hole. Here echoes – multiple reflections of sound – are implemented as light reflections instead. The dance of the bouncing photons forms light structures and invites the audience to turn into listeners and listen with their eyes.

Long sound echoes generally create a sensation of frozen time and act stimulating. They allude to the afterlife and to mystery, no wonder temples use them to create a sense of contact with the divine. In this sense, this work is no exception: it also considers the hole as sacred, however long sound echoes are replaced with light echoes. At the quantum level, the hole is an essential component of everything material while at the abstract level it represents the source of imagination.

TADEJ DROLJC (1981) is an intermedia artist and creative programmer who primarily focuses on audio-visual composition at the intersection of digital and analogue media. He received his PhD in audio-visual composition in 2019, so his latest works explore the compositional space as determined by isomorphic relations between sound, light and computer-generated 3D geometry. He is the recipient of many international awards while his works have been shown at several international events. He is, among other things, currently participating in the Immersify project for the Ars Electronica’s Futurelab think-tank/studio/lab.

in cooperation with: Miha Zupan, Marko A. Kovačič, Dijana Jež