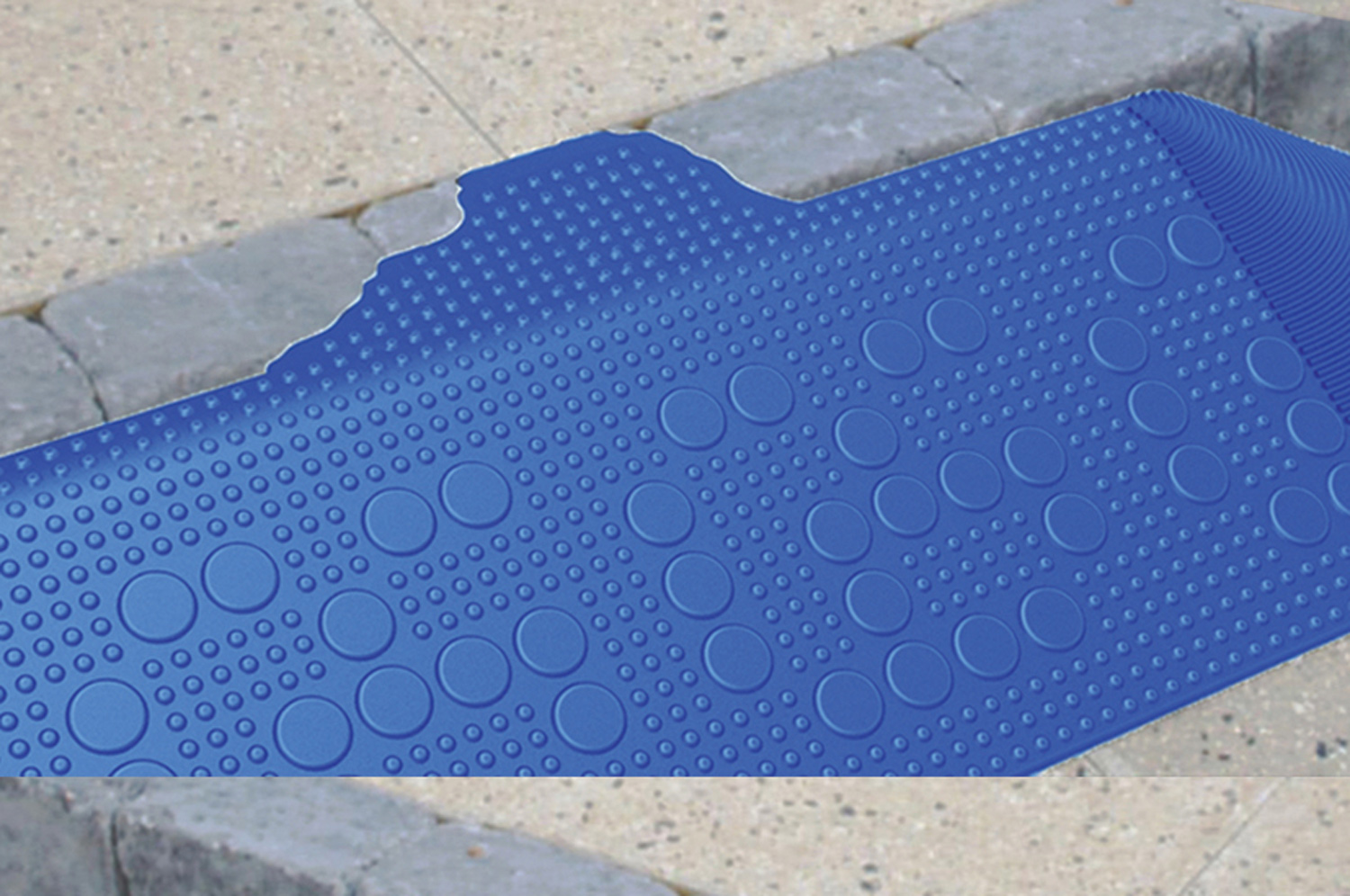 »Rognik is a light tool for easier bicycling in the city. It works as an extension of the curb and solves the problem of too high curbs on bicycling routes. It was created with a 3D printer, it has LED lights built in for visibility in the dark and it helps the cyclists climb the curbs without getting off the bicycle. Apart from its useful value, Rognik also points out at the opposition between the artificial and natural environment, between the people and the cit. It points out at a situation when an individual finds themselves in a foreign and unkind environment and so intervenes in it. The idea for the Rognik was selected at the RogLab’s contest Mesto za vse (City for all). It was developed in a three months’ creative process mentored by Tomo Per and Staš Vrenko (RogLab), Cveto Kunešević (Intri d.o.o.), Katerina Mirović (Forum Ljubljana) and Janez Bertoncelj (Ljubljanska kolesarska mreža). « /T. Mozetič/

Tina Mozetič (1991, Nova Gorica) is a student of graphic design (II. degree) at ALUO in Ljubljana. Her Blender graphic design solution that thematises the integration of young migrants into the Slovenian environment has won her the first place in the Young Creatives competition at the Slovenian Advertising Festival in 2016. In her work she explores the roles of graphic design in public space and of establishing interaction with its users.

production: RogLab within the FabLabNet project, financed from the Interreg Middle Europe program

Guided tours by bikes through the locations of the Le Curbusier:  Friday, 25. May, at 21.30, starting point: Cukrarna palace, guide: Ljubljana bike network.