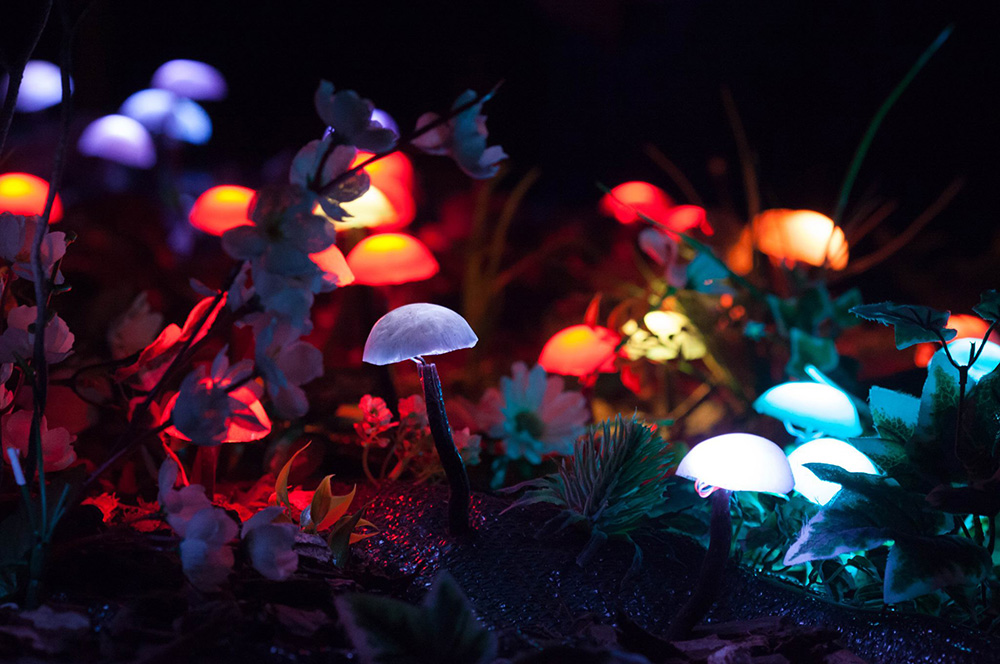 Project Magic Garden, created by Croatian artist collective Visualia Group, is an interactive light installation merging the beauty of the nature with sound and light technology. A unique light mushroom plantation is designed in the form of garden and a separate control console, through which visitors can affect the audio and visual appearance of the layout by moving their hands.

Inhabited with ‘natural’ elements such as plants and rocks the Magic garden consists of mushrooms made of synthetic resin and fitted with LED lights. The control console is equipped with sensors that enable manipulation of the light and sound image of the garden. In interaction with the viewer the installation thus turns into a living organism offering a myriad of visual-audio combinations.

VISUALIA GROUP from the Croatian city of Pula represents an informal group of creative individuals, programmers and electrical engineers, who in his work are focused on modern technology in the context of contemporary visual creativity. Scope of work groups Visualia Group comprises 3D-mapping, light design, interactive and LED installations, and actively explore and experiment with new technologies. Members of the group are also involved in the light art festival Visualia in Pula where the project was presented for the first time.