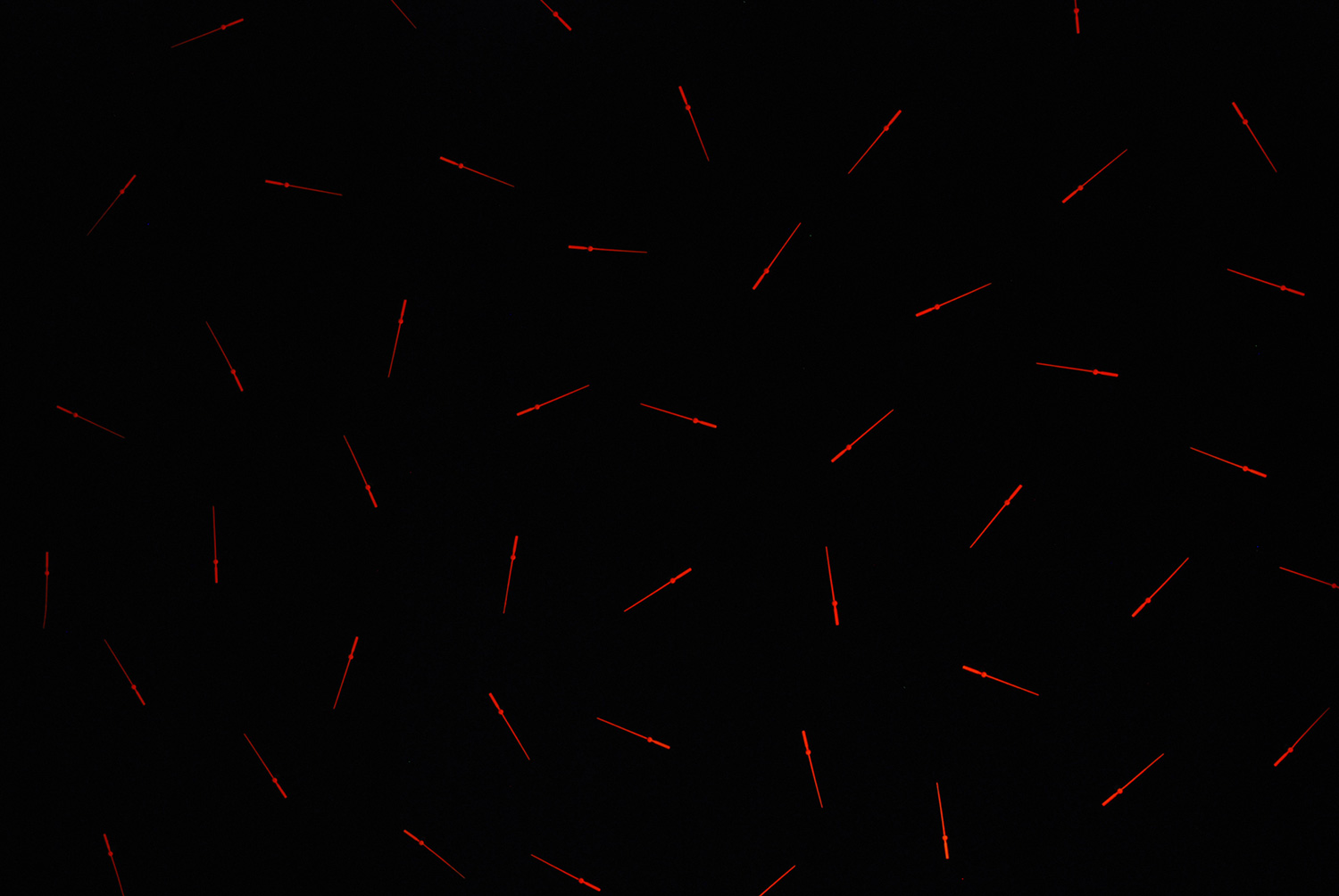 Alessandro Lupi returns to Ljubljana with two different projects. Both Shadow Series and Seconds play in a witty way with human senses and reason and with our perception of time and space. Shadow Series is a series of small light sculptures based on illusory use of shadows to create a cognitive »short circuit« and unleash the narrative potential of individual sculptures. The other project titled Seconds features a bunch of hour hands that handle time in their own way. Hour hands employ two different modes of movement: both to create a sense of fragmentation and thus disrupt the concept of time, and to create different shapes with which hour hands transform from time markers into space markers. Lupi with his works creates distorted versions of reality and discovers gaps in time and space to reveal how unreliable and distorted our perception of the world can be.

ALESSANDRO LUPI (1975, Genova) graduated in 2000 from the Academy of Fine Arts in Genova, Italy. He began his intensive artistic exploration of light and space in the late ’90s when he designed his first thread sculptures. Lately, he’s been focusing on the study of light and shadow in different sculptural and spatial installations with which he explores the limits of human perception. By now, he’s prepared a big number of high-profile solo exhibitions both at home and abroad. He lives and works between Genova and Berlin.