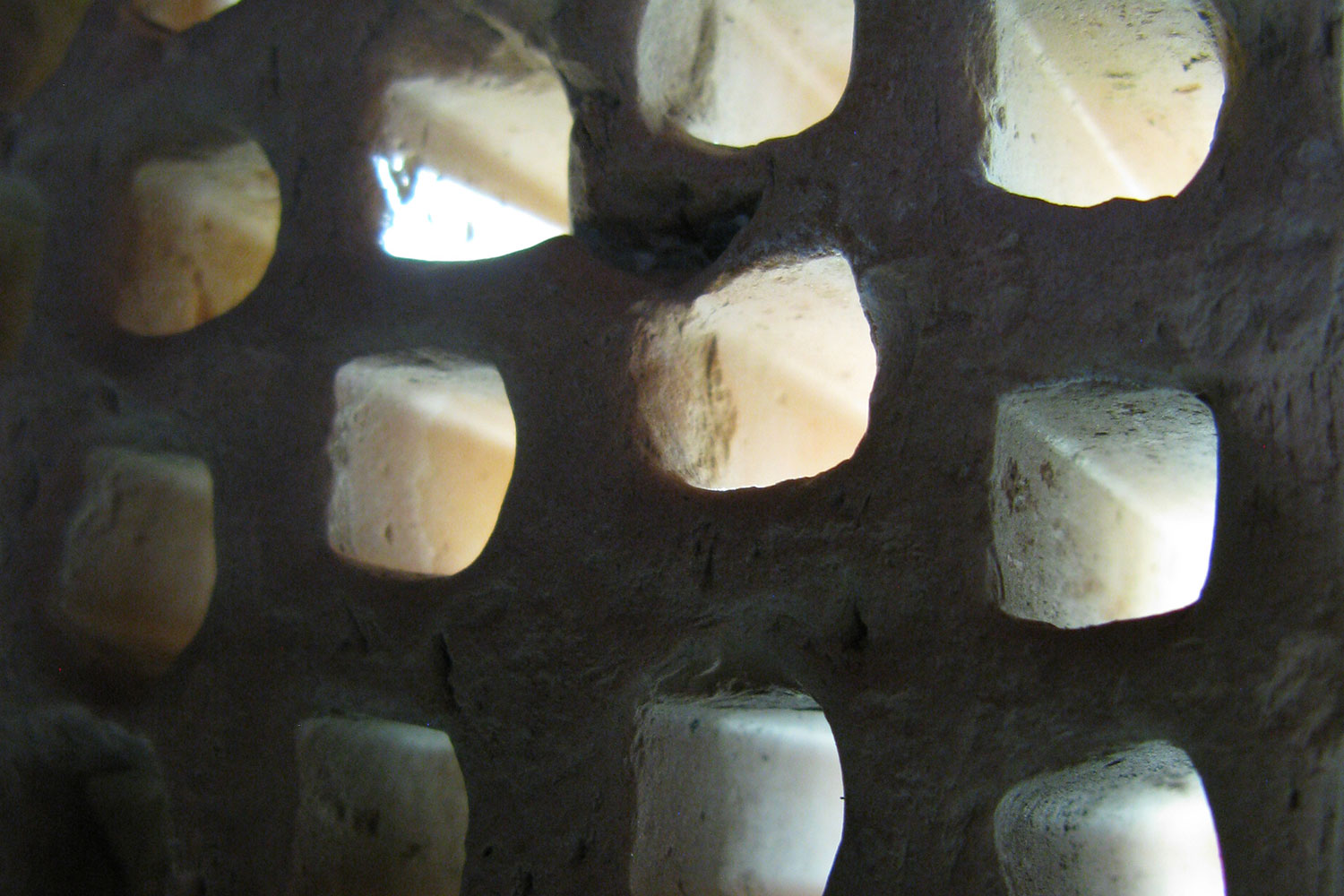 The two setups by Andrej Štular named Neighbourhood F reflect the spatial context of the location and thus thematise different kinds of borders. The work titled Terrace 1 re-appropriates and modifies older micro interventions in the park: the artist draws a border on one of the brick terraces that have been popping up recently there by using light. The other, Block 2, represents a human ’anthill’ where the viewer can listen to his neighbours’ stories. The participatory object, built with the help of a local mason, includes a series of testimonials on the life in Fužine, shedding some light on the borders between the private and the public.

ANDREJ ŠTULAR (1967) often combines different visual techniques with spheres of domestic psychopathology and more universal themes that deal with the human situation, human identity and human place in the modern world. Štular’s work is characterized by skilful transitions between the media and by abolishing of the borders between them to show off a very unique visual vocabulary. The artist’s creations are never completely one-sided and the viewer often feels challenged by them.