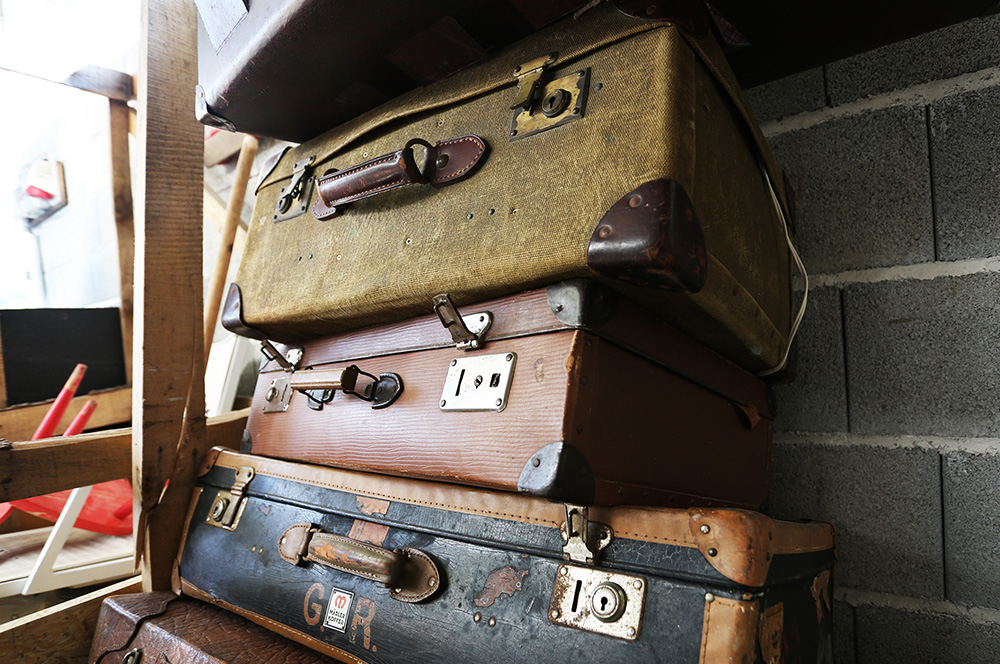 A suitcase is usually associated with travelling and relocation: when we fill them up with our belongings, we include our memories as well. The project’s authors have used suitcases as miniature theatrical venues where they stage the stories of their past using different objects and moving images, while at the same time inviting their friends and co-workers to do the same. The windows of the Vžigalica gallery thus host a series of stories that convey the memories of their creators. In addition to that, another installation will take place in the square in front of the gallery: Bučinel’s scrapped car is, in its last reincarnation, transformed into a one-of-a-kind luminous object: a sentimental monument of/to the past.

BORUT BUČINEL (1983, Šempeter pri Gorici) is a choreographer, dancer, video artist and light designer who has lately taken up artistic photography as well. So far he’s created several independent ful-length performances and realized a series of photographic exhibitions. His theatrical and video creativity still originates from the exploration of light, scenography, space and atmosphere brought about by a vivid visual composition. He’s received several awards and prizes for his works. MIHA ZUPAN (1968, Ljubljana) is a longtime technical collaborator of various cultural institutions, festivals and events. He’s a versatile master craftsman who’s been with the Lighting Guerrilla festival since it’s beginnings and now for the first time a co-author of the project as well.