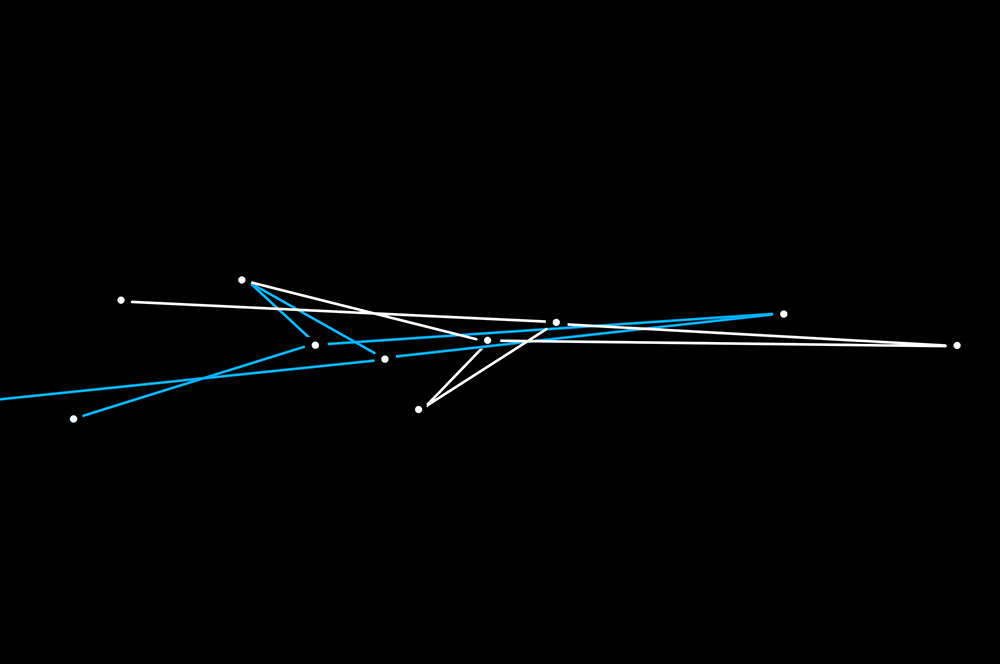 This Croatian artist’s project is a kinetic light installation that arises from the knowledge about stars and constellations that are no longer seen or noticeable in the sky since they’re already extinguished. The light that enables us to detect them has run out, so it seems that these stars and constellations don’t exist anymore, although physically they’re still present – they only exist now in the memories of the universe …

Sanvincenti has created a simulation of a constellation in Križanke park, visible in the night sky among the tree canopies. The movement of the light elements is slow and in shorter time intervals barely noticeable, but their position is different every day due to their incessant movement. On the substantive level, the installation functions as an hommage to lost or invisible stars, while at the same time it problematizes the concept of memory: how can we remember something that we’ve never experienced with our senses? How to understand memory in the context of nature and universe?

DAVOR SANVINCENTI (1979, Koper) is a multimedia artist who operates under the names of Messmatik and Gurtjo Ningmor as well. He’s studied at the Faculty of Arts in Rijeka, and then later, among others, at the European institute of design in Milan and at the Milanese Brera academy. His works rely on the exploration of sound and image, and also on the anthropology of visual culture: he likes to play with the concept of illusion and often explores the margins of human perception. He’s active in the fields of film, video, photography and performance, and he’s also created several light and sound installations. In 2010, he’s received the reputable Croatian Radoslav Putar award for the best artist under 35.