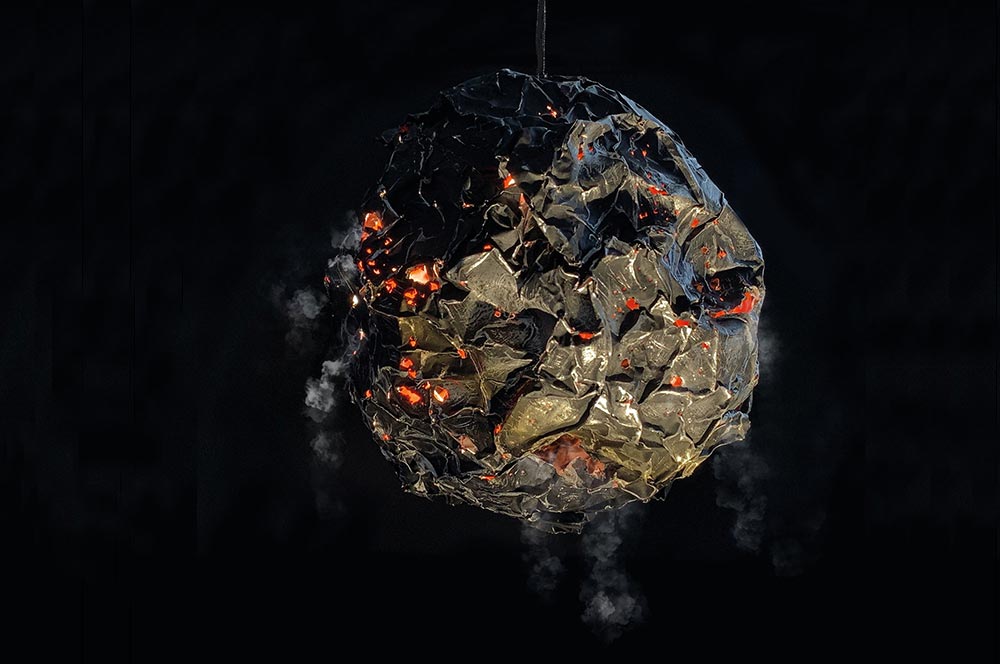 Anima is a word for the soul. The Latin word »animatio« means revival, encouragement, enthusiasm and liveliness. This installation, by turning bodies of light on and off, combines different light sources and materials that absorb or reflect light. The rapid overflow of this light represents movement – the anima. This is how life appears as a bundle of light and materials.

Thinking about the five elements we came to the conclusion that the set of primary elements creates conditions for life. We turned then to animation to show something alive. The rapidly flowing lights create an illusion of movement and add a bit of soul/anima to the object. The object then somehow becomes alive. /L. Vidmar & M. Čeh/

MARKO ČEH (1985) works as a theatre and radio director. After graduating from high school in Ptuj he studied theatre directing at the AGRFT academy in Ljubljana. In the last ten years he has directed in both institutional and independent stagings. He also created scenography and lighting design, and as one of co-creators of the Soap Opera project (Svetlobna gverila, 2019) also ventured into visual arts. LEON VIDMAR (1980) graduated from the Academy of Fine Arts in Ljubljana. His final work there, a short animated movie titled (Ne)strpnost / (In)tolerance of which he was the writer, the director, the scenographer and the animator, was first shown to the public at the Balkanima festival (2010) and then at the international Animateka festival in Ljubljana in the same year. He acquired additional knowledge through student exchange at the Academy of Fine Arts in Poland, then at the School of Street Theater (ŠUGLA) in Ljubljana and at the performative arts school »Performers house« in Denmark. He also works as an animator with Kolja Saksida and Špela Čadež.