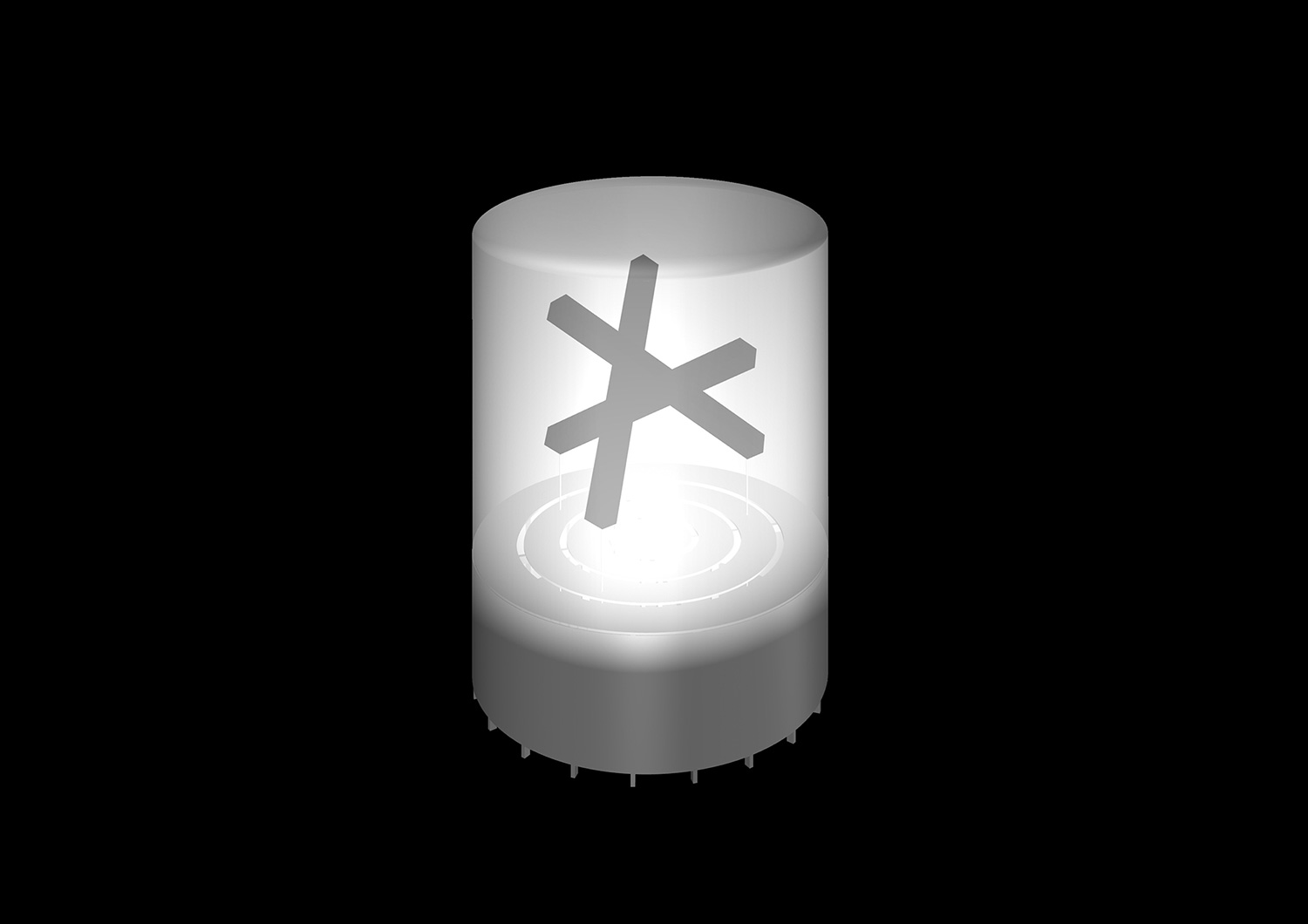 Luka Murovec: There Is No Authority but Yourself

An inflatable sculpture, set in the intimacy of a green garden and surrounded by huge national cultural institutions shines in the evenings in a calm rhythm of the breathing light. The sculpture represents an autonomous individual in their most basic essence, a human being under no other authority but their own. The object is taller and bigger than the human body – as a human being is also more than just matter in which it exists. The installation glows and wanes like a living scan of the human aura, standing strong and upright at night and during the day it awaits its time to flourish back into full life again like a sleeping Venus.

»The sculpture’s soft and gentle exterior with its massive and rugged interior symbolizes our daily interaction with the world, while the six-pointed symbol represents the city and reminds us to stay grateful to current reality.« /L. Murovec/

The installation will be on display during the 26th Slovenian Book Days event too (16th–20th June).

LUKA MUROVEC (1986, Maribor) works in the fields of architecture and art with an emphasis on improving shared and public spaces. He’s been collaborating with the architects’ collective raumlaborberlin since 2014. One of his recent projects is the mobile inflatable Space Buster pavilion in New York, while he also spatially designed art exhibitions for the Club Transmediale festival in Berlin and for the IZIS festival in Koper.